Oman Travel: A visit to the Telegraph Island 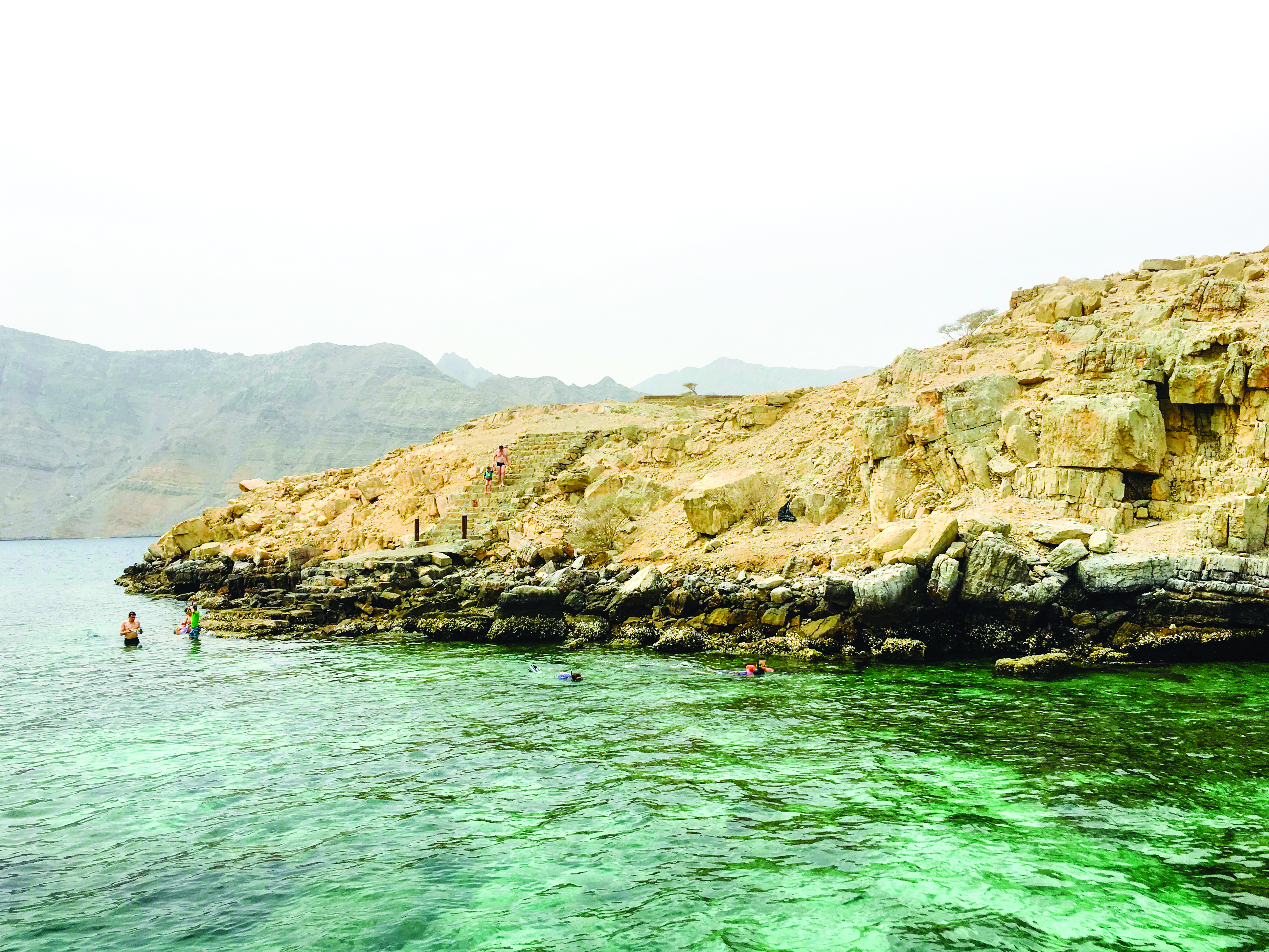 Oman is like an ancient fable. It is filled with stories of history, legendary battles, and cultural treasures. Apart from having a rich history, the country’s geographical area is also vast.
Every governorate of this magnificent nation has its own story, its own culture, and its own history to share. Floating in a small peninsular region of this majestic Arabian land, is the iconic Telegraph Island. While residing at Atana Musandam, I was taken for a dhow cruise.
The sea off the shore of the Musandam peninsula was filled with interesting sights such as dolphins, huge mountain walls, and scattered villages on different coasts, but it was the Telegraph Island, a rocky landmass in the middle of the very salty sea (due to Elphinstone) that, according to me, was the highlight of the cruise.
All I saw initially was a small rocky island with a few tourists clicking pictures, only to discover more later when our tour guide showed us the fascinating bigger picture. In the 19th century, Telegraph cables, also known as Victorian Internet at that time, was the fastest means to transfer a message from one place to another.
In 1864, the Telegraph Island became a crucial hub as British Naval Forces were stationed there, in order to transmit messages from London to Karachi.
The Musandam enroute held almost 2,400 kilometres of telegraph cables as it was agreed between the India, Turkey, and Ancient Iran governments that they would join their land telegraphs using underwater cables through the Gulf.
The Telegraph Island on Jazirat Al Maqlab was essentially a repeater station wherein signals coming from London or India could be repeated and transmitted thereon.
The island was used for this purpose for three years and in 1868, the cable was diverted to Henjam and Jask in Iran. The island, although abandoned since then, remains an important landmark for Oman in the middle of the vast ocean reinstating the fact that the Sultanate of Oman is and was a significant land of wonders and revolutions.
[email protected]