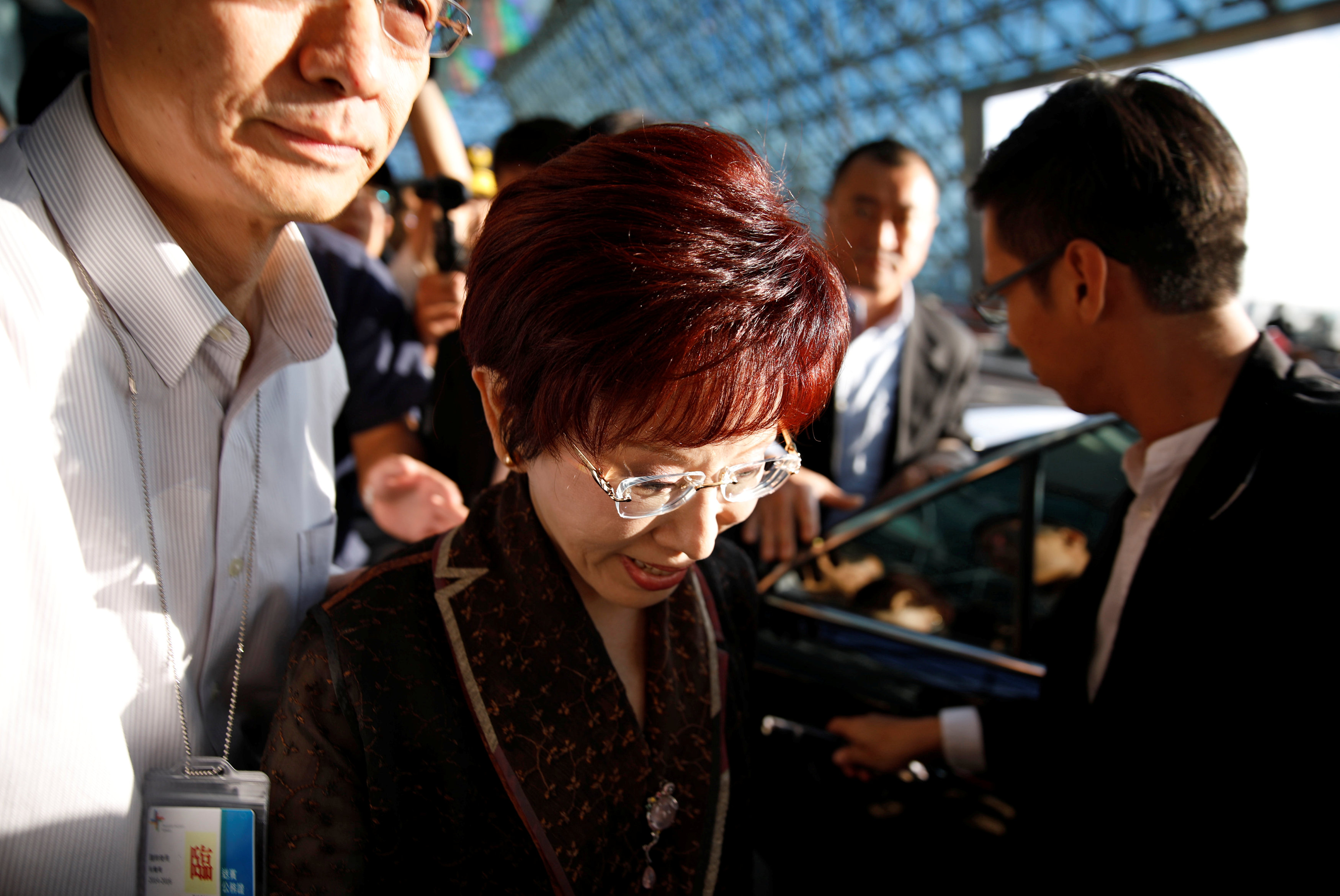 Taipei: China is embarking on a divide-and-rule campaign on self-ruled Taiwan, offering to boost tourism to pro-Beijing towns and counties while giving the new pro-independence government the cold shoulder, government officials and politicians say.
Whether Beijing's promises materialise remains to be seen, but the political rift is pressing Taiwan's ruling Democratic Progressive Party (DPP) to come up with measures of its own to counter an alarming decline in mainland tourists.
Eight Taiwanese local government officials, mainly representing counties controlled by the China-friendly opposition Nationalist Party, were promised greater tourism and agricultural ties when they met China's top Taiwan policymaker in Beijing last month.
And this week, Communist Party Chief and Chinese President Xi Jinping is scheduled to meet Nationalist Party chairwoman Hung Hsiu-chu when she visits Beijing during an annual party-to-party gathering about economic and cultural ties.
In contrast, Beijing has withheld official communication with the government of DPP leader and President Tsai Ing-wen, until it agrees to recognise the "one-China" policy.
"The Chinese government has put political conditions relevant to Taiwan surrendering our sovereignty and our right to determine our own future on the outflow of tourists to Taiwan and that's what makes this a very politically complicated issue," said Hsiao Bi-khim, a DPP lawmaker for Hualien, on Taiwan's east coast.
Hsiao and the Hualien county chief, an ex-Nationalist who went to Beijing last month, do not see eye to eye on tourism development.
"We have to condemn this divide-and-conquer strategy and also individual politicians who seek to play into the Chinese divide-and-conquer strategy," Hsiao said.
China says Taiwan is part of one China, ruled by Beijing. It regards the island as a renegade province, to be united by force if necessary, and ties have become strained since Tsai took office in May.
The previous Nationalist administration agreed to recognise the "1992 consensus", which states that there is only one China, with each side having its own interpretation of what that means.
The eight officials who went to Beijing came home to a storm of criticism for being lackeys to Beijing's one-China policy.
One of them, Liu Tseng-ying, chief of Matsu, a group of small islets off China's Fujian province but held by Taiwan, told Chinese officials that he wanted more Chinese to visit Taiwan's smallest county.
"I said I hoped Chinese tourists can increase to 40 per cent of the total," Liu told Reuters.
China's Taiwan Affairs Office head Zhang Zhijun agreed to expand trade and travel specifically between China's Fujian province and Matsu and Kinmen. Both Taiwan-controlled islands lie closer to China than Taiwan.
Group tourists from mainland China, which Beijing can effectively control via state-run Chinese travel agencies, fell 71 per cent year-on-year from October 1-18, Taiwan data showed, coinciding with China's National Day holiday, a Golden Week for travel for Chinese.
The sector was also hit by a bus fire in Taiwan in July that killed 24 mainland tourists. The driver, among the victims, had poured petrol inside the bus and locked its emergency exits before setting it alight, prosecutors said.
The severity of the decline in tourism led to a major protest in September and prompted the government to pledge T$30 billion ($960 million) in loans to the industry and work on attracting tourists from other Asian countries.