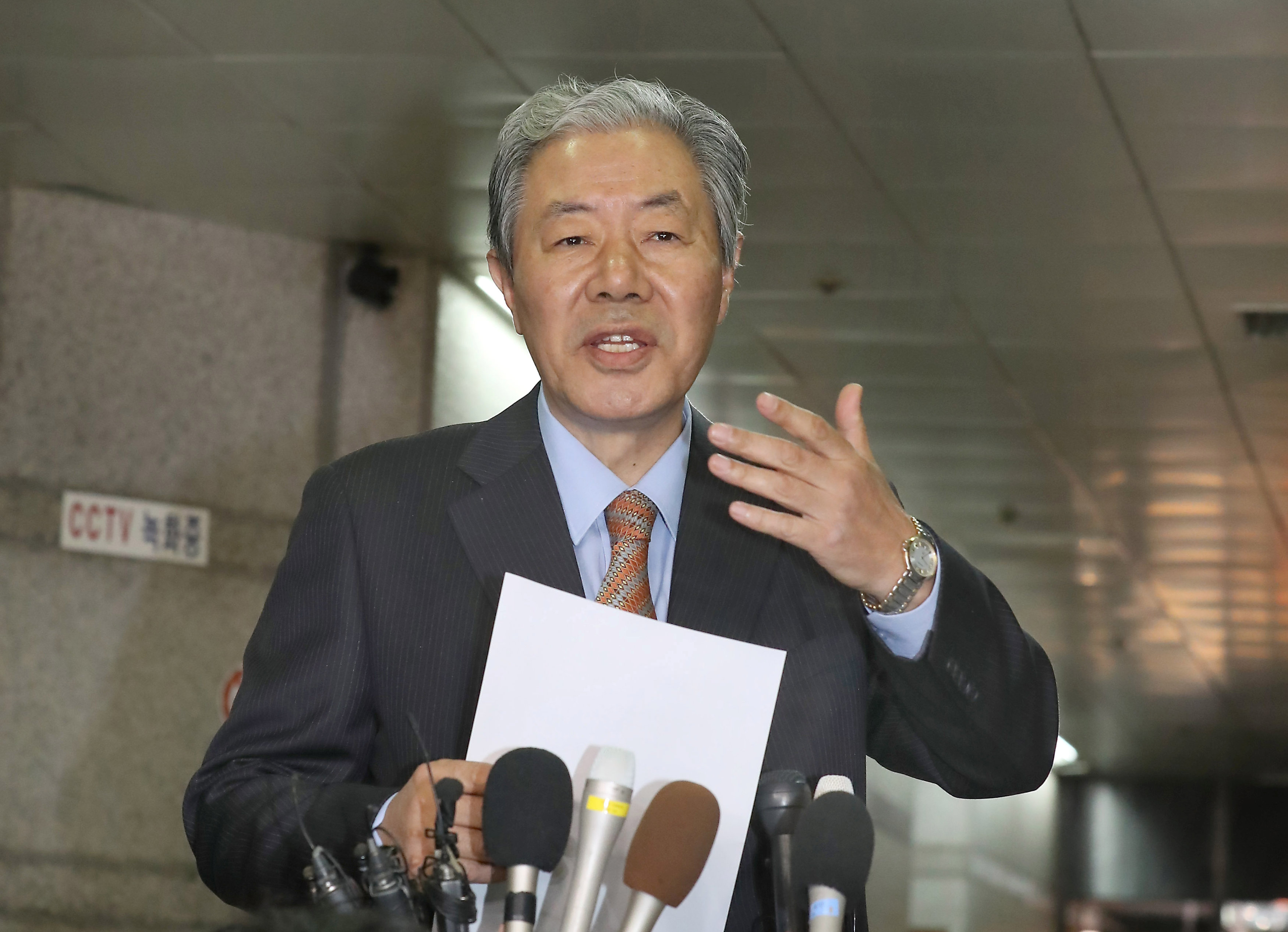 Seoul: The woman at the centre of a deepening political crisis around South Korean President Park Geun-hye will cooperate with prosecutors investigating allegations that she had improper control over state affairs, her lawyer said on Sunday.
Choi Soon-sil returned to South Korea early on Sunday from Germany, where she had been staying, her lawyer told reporters.
"Choi has expressed through her attorney that she will actively respond to prosecutors' investigation and will testify according to the facts," Lee Kyung-jae, her lawyer, said on Sunday morning.
"She is deeply remorseful that she had caused frustration and despondency among the public," Lee said.
Choi left Europe on a flight from London to avoid media camped out in Germany, Lee said. She would make herself available for questioning by prosecutors, he said.
In the midst of the political crisis, Park has accepted the resignations of five of the top presidential aides, including the chief of staff, the presidential office said on Sunday.
Three long-time Park aides, the insular core of advisors who have been criticised of tightly controlling the access to the president, had also stepped down, according to the presidential office.
Park's office said on Friday she ordered her senior secretaries to tender their resignations.
Choi was under intense pressure to return to South Korea as the political crisis engulfed Park over allegations that she allowed Choi to use her friendship to exert improper influence and benefit personally.
Thousands of South Koreans rallied in Seoul on Saturday night demanding Park's resignation over the scandal. Angry Koreans say Park betrayed public trust and mismanaged the government, and has lost a mandate to lead the country.
The protest came as prosecutors investigate presidential aides and other officials to determine whether they broke the law to allow Choi to wield undue influence or gain financially.
Park said last week she had given Choi access to speech drafts early in her term and apologised for causing concern among the public.
In an interview with South Korea's Segye Ilbo newspaper published on Thursday, Choi said she received drafts of Park's speeches after Park's election victory but denied she had access to other official material, or that she influenced state affairs or benefited financially.
Park is in the fourth year of a five-year term, and the crisis threatens to complicate policymaking during the lame-duck period that typically sets in toward the end of South Korea's single-term presidency.
Opposition parties have demanded a thorough investigation, but have not raised the possibility of impeaching her.
The crisis has sent Park's public support to an all-time low. In one opinion poll, more than 40 per cent of respondents said Park should resign or be impeached.
The ruling conservative Saenuri Party said on Sunday it had urged Park to form a coalition government with various political parties, which would mean the appointment of a new prime minister approved by the ruling and opposition parties.
Choi was seen in photographs with Park from 1979 when Park, as eldest daughter of then-President Park Chung-hee, was filling in as first lady for her mother who had been killed five years earlier by an assassin intending to kill her father.
Park's father, who took power in a military coup in 1961, was shot dead by his disgruntled spy chief later in 1979.
Choi was someone "who gave me help when I was going through a difficult time," Park said in a brief televised address on Tuesday.