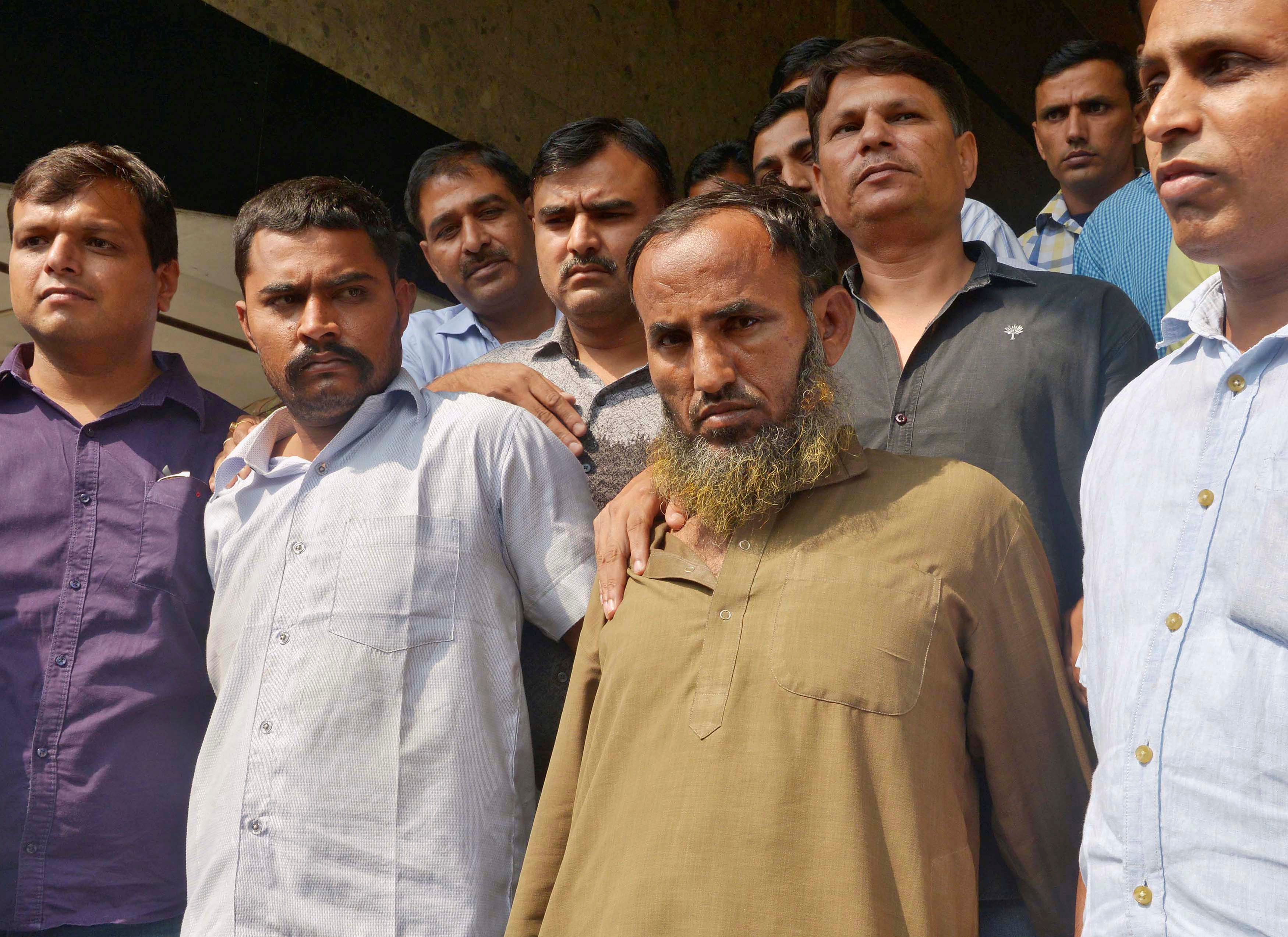 New Delhi: Samajwadi Party's Rajya Sabha MP Munavvar Saleem's personal assistant Farhat Khan, who was arrested on Saturday in connection with the espionage racket, was in touch with Pakistani intelligence operatives for the last 18 years and was leaking sensitive documents and information, police said.
"Farhat Khan was in touch with Pakistani intelligence operatives for the last 18 years. He used to be paid Rs 20,000 for the information and documents he shared with them," said a senior police officer.
Farhat had worked with other SP leaders before he started becoming Saleem's PA around 10-11 months back, the officer said.
Since he was working with a Rajya Sabha MP, he was privy to a lot of information pertaining to Government of India and documents, he said. He used to meet Pakistan High Commission staffer Mehmood Akhtar, who was expelled by India for spying, near Mandi House metro station and was also in touch with him over phone. The two used "code words" during conversations. The officer said Akhtar had his bases covered and was gaining information about the government as well as security deployment in border areas. Akhtar had named Farhat as one of his "close associates", following which the latter was picked up from Saleem's residence on Friday night and detained. He was arrested on Saturday afternoon after prolonged questioning. This is the fourth arrest in the case.
A crime branch officer said Farhat's preliminary questioning has led to "certain revelations" which needed to be further investigated. Names of several other people allegedly involved in the racket have cropped up. Delhi Police is also trying to apprehend other members of the espionage ring who, it believes, were in close contact with Mehmood Akhtar. The Pakistan High Commission staffer was caught receiving secret documents here on October 26. Two others, Maulana Ramzan and Subhash Jangir, residents of Nagaur, Rajasthan, were held along with Akhtar. Another accused Shoaib was detained in Jodhpur and brought to Delhi by the police where he was arrested.