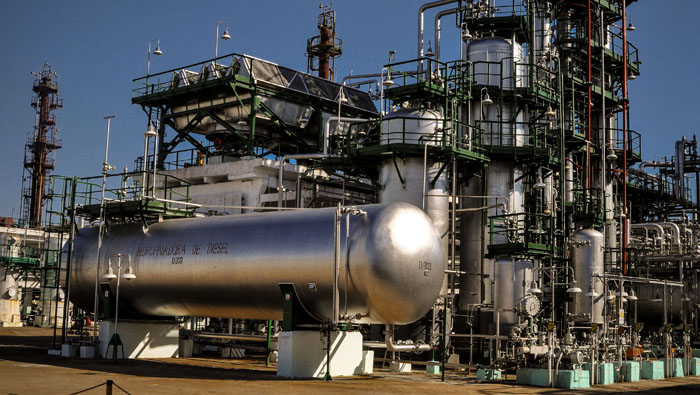 London: Saudi Arabia faces the prospect of much deeper — and financially painful — oil production cuts after Iraq joined the queue of group members seeking immunity from the deal hatched in Algiers.
In addition to Iraq, the second-biggest exporter in the group, Iran has already sought to exclude itself. Output is also recovering from fields in Nigeria and Libya, two more countries that were exempted from the Algiers deal because violence has wrought havoc in their oil industries.
Taken together, more than a third of Organisation of Petroleum Exporting Countries’ (Opec) production now stands outside the plan. Iraq’s plea to be left out prompted Olivier Jakob, a consultant at Petromatrix, to quip on Twitter that the oil-club stood for the ‘Organisation of producers exempt from cuts’.
The worsening Opec equation presents Saudi Arabia with a difficult choice after its Algiers U-turn: carry a greater burden within the group, ceding market share to other producers, or lose credibility by softening the terms of the deal. In a worst-case scenario, Saudi Arabia will have to cut production by more than 1 million barrels a day, sending the kingdom’s output to a two-year low.
While oil has rallied more than 15 per cent since Algiers, the growing cost of following through is becoming clear. During the last two weeks, Saudi Arabian Energy Minister Khalid Al Falih has appeared to give himself room for maneoueer. In a speech in London last week, he mentioned the possibility of an Opec freeze as well as a cut. He’s also stressed the need for non-Opec nations to take part in a global deal to manage supply.
“Oil markets started moving into balance recently, but we in Opec, along with producers from outside the group, started intense consultations to take the right action to quicken the re-balancing and market recovery,” Al Falih said Sunday in a speech.
Willing to cut
In Algiers, Opec agreed to reduce its production to a range of between 32.5 and 33 million barrels a day. That means for Saudi Arabia and other countries willing to cut, the numbers look like this. In a best-case scenario — based on Nigeria meeting its target to restore production, Libya maintaining recent improvements and Iran, Iraq and Venezuela staying at September levels — reductions of 1.3 million barrels a day would be required to meet the top end of the Algiers target. In a worst case, where Iran, Iraq and Venezuela produce more than they did last month, that rises to over 2 million barrels a day, based on calculations.
“Everyone has a lot to lose if they do not fill in the details and implement a final agreement at the end of next month,” said Mike Wittner, global head of oil research at Societe Generale. “Of all the developments, the one that worries me the most for posing an issue for the other members of Opec is Iraq.”
Opec representatives and counterparts from countries outside the group will meet in Vienna later this week to discuss how the burden of output cuts is shared. The most contentious topic is likely to be how the production of individual countries is measured.
Since Algiers, Iraq and Venezuela have criticised Opec estimates of their production, which are compiled from secondary sources that include independent analysts and news organizations. Those estimates will form the basis for any future Opec deal limiting production, according to the group’s secretary-general.
Iraq, which said over the weekend it shouldn’t be required to cut production as it’s fighting rebels, claims it’s currently pumping more than 4.7 million barrels a day, higher than estimates from Opec’s secondary sources of 4.46 million barrels a day for September.
Venezuela is also dissatisfied with its Opec estimates since they don’t include heavy crude production from the Orinoco basin, Oil Minister Eulogio del Pino said earlier this month.
Opec agreed in Algiers that Libya, Nigeria and Iran should receive special treatment as they’re seeking to increase their production after experiencing disruptions due to internal violence, sabotage and sanctions. So far this month, Libya and Nigeria have managed to increase their daily output by 220,000 barrels and 300,000 barrels respectively.
Iran has steadily increased its crude production since the start of the year following the lifting of sanctions. Tehran has repeated it aims to ramp up its production to a level around 4 million barrels day from around 3.7 million a day estimated by Opec for September.
While Opec members from Angola and Gabon to Algeria and Ecuador could contribute to the required output cuts, Saudi Arabia’s main support will come from its Gulf allies of Kuwait and the United Arab Emirates, according to Wittner.
Torbjorn Kjus of DNB Bank expects Opec to over-promise in Vienna, but under-deliver on implementation. He expects Saudi Arabia to cut output by about 400,000 barrels a day and the UAE to trim a further 100,000 barrels a day. The other members probably won’t comply, he said.