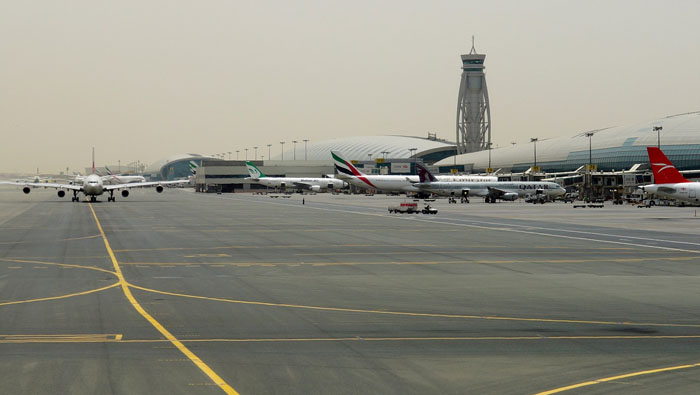 Muscat: The gap between airport capacity and passenger volumes was strong in Muscat and three other Gulf countries – Kuwait, Abu Dhabi and Saudi Arabia - as well as in Iran.
Airport passenger volumes across the Middle East region have outstripped airport capacity by 11 per cent in 2015, according to research by Middle East business intelligence service MEED.
This despite billions of dollars being invested into airport expansion projects in recent years, with the exception of Iran.
Travel demand, as reflected by double-digit average annual growths in most airports’ passenger volumes since 2010, and the overall economic expansion programmes prior to the oil price decline have fuelled the rapid expansion in aircraft fleet and airport capacity.
Going forward, the staging of global events such as the Dubai Expo 2020 and 2022 Fifa World Cup in Qatar are also expected to boost the region’s profile as a travel and tourism destination.
According to the report, some 1,300 aircraft worth an estimated $345 billion dollars are on order and pending delivery from Middle Eastern airlines.
While Dubai’s Emirates Airline, Abu Dhabi’s Etihad Airways and Qatar Airways lead the region in terms of the value of on-order planes, most of the smaller airlines have put in place restructuring programmes to enable them to contribute to the expansion of each state’s economy in view of lower oil income and increased urgency to diversify their economies away from oil.
$100b airport projects
More than $100 billion worth of airport projects are underway and planned across the Middle East region.
These projects are estimated to bring an additional capacity of 400 million passengers a year over the next 10 to 20 years.
New and expanded airports are expected to be completed between end of 2016 and 2020. These include the Muscat International, Midfield Terminal Complex (Abu Dhabi), King Abdulaziz International (Jeddah) and the new passenger terminal at Bahrain International.
The largest potential opportunities for contracting and sub-contracting companies are expected to come from the construction of the next phase of Al Maktoum International in Dubai, the further expansion of Jeddah airport, Hamad International airport expansion, and the upgrade of airports in Iran.
However, despite sterling growth in recent years, there are early signs that the growth in the region’s aviation sector could potentially slow down as the global economy slows and drags travel demand along with it. Other threats include the political instability in many parts of the Middle East region, lack of state funding for future projects, as well as limited airspace allocation.
These threats require adjustment in policies as well as a concerted effort between government and private stakeholders across the region.