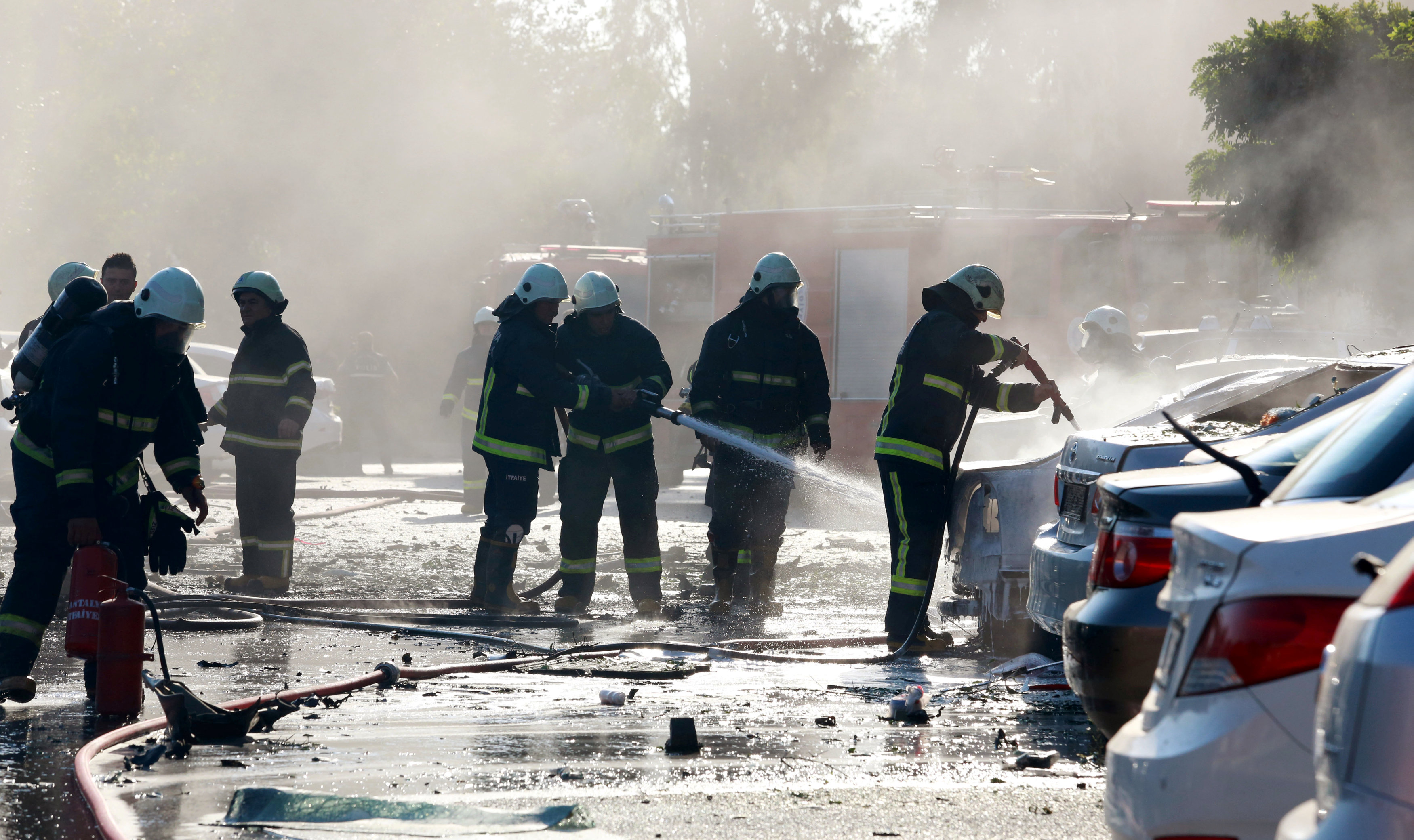 Istanbul: An explosion outside a chamber of commerce building in Turkey's southern resort city of Antalya wounded several people on Tuesday but the mayor said there were no life-threatening injuries and the blast may have been an accident.
Turkey is on high alert after repeated bombings blamed on IS and Kurdish militants this year. Authorities in the capital Ankara banned public meetings this month for fear of further attacks, and the US State Department has urged US citizens to carefully consider the need to travel to Turkey.
The cause of the blast a few kilometres from the airport in Antalya, a major tourist resort on the Mediterranean coast, was not immediately clear. In August, two rockets hit a commercial facility near a resort town in the province, but caused no casualties.
"It could be an explosion caused by an accident. Initial information suggests there are no life-threatening (injuries)," Antalya Mayor Menderes Turel told broadcaster CNN Turk.
Smoke rose from the remnants of one vehicle in the car park outside the chamber of commerce and industry building and surrounding vehicles were damaged. The blast left cracks in the facade of the building and blew out windows, TV footage showed.
There was no claim of responsibility for the August rocket attack, but Kurdish and far-left militants have staged similar strikes, mostly against the security forces, in the past.
In August, a suicide bomber thought to have links to IS killed at least 50 people in an attack on a wedding party in the southeastern city of Gaziantep. Three suspected IS suicide bombers killed more than 40 people in a gun and bomb attack at Istanbul's main airport in June.