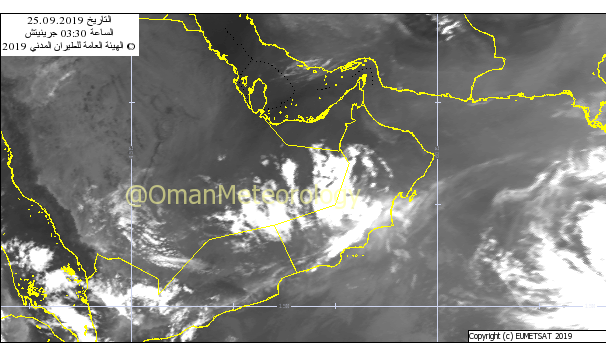 Muscat: The direct effects of tropical storm Hikaa have ended over Oman, according to the Public Authority for Civil Aviation.
Read here: Hikaa makes landfall in Oman

There is still a chance of rain of varying strength falling over Al Wusta and Dhofar, as well as over the Hajar Mountains, according to the authority.

A statement feom PACA read: "The latest analysis from the National Multi-Hazard Early Warning Centre shows that there is no chance of further direct effects from tropical storm Hikaa, and so the centre declares the end of direct effects from the tropical system Hikaa."
Also read: Family of seven rescued in Oman
"Prediction charts show that there are still chances of rainfall of varying degrees over Al Wusta and Dhofar, as well as Al Hajar mountains, over the next 24 hours.

"The seawaves will still be high in Al Wusta and Dhofar, reaching 2-3 metres in height, while the highest it will reach over the rest of Oman's coastline is 1.5 metres," the statement added.