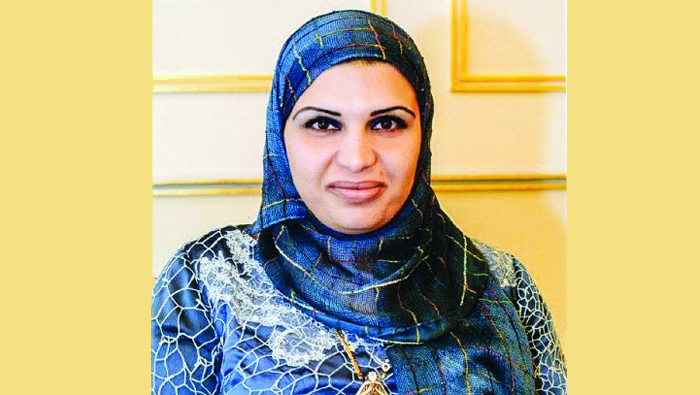 Muscat: For Lujaina Mohsin Haider Darwish, chairperson of the Mohsin Haider Darwish group and a member of the State Council, being accorded a Forbes magazine title implies growing responsibility.
“I am extremely honoured to have received such a significant award. It makes me feel proud and responsible. To be recognised is an honour enough, but it means growing responsibility to keep improving and aiming higher.”
Darwish was recently featured on the Forbes Middle East list, which also featured five other Omanis in its list of the 100 most powerful Arab businesswomen. She attributes her success to hard work.
“There is no easy way to success and there is no substitute for hard work. For me, only hard work leads to success, and that is what I learnt seeing my father. I am inspired by his relentless dedication and attention to detail, which I think are the two keys to success. “
According to Darwish, the title means a lot and elevates her from being a well-known businessman’s daughter to someone with a distinct identity.
Being a woman in Oman is a matter of pride for this forward looking businesswoman, “It is a matter of pride. I strongly espouse gender equality. His Majesty Sultan Qaboos bin Said has also encouraged the participation of women in various fields of government and business. I am extremely happy that my nomination would be a boost to women taking up entrepreneurial pursuits in Oman.”
Done extremely well
Darwish further said that although traditionally Arab society is male dominated; under the guidance of His Majesty the Sultan, women have grown and done extremely well in all areas.
“Women, particularly in Oman, have broken into all areas or supposed ‘male bastions’ and created their own identities. Today, women are not only seen across all industries and sectors, including government, but some of them also occupy the highest positions.”
Although she has a glorified profile now, Darwish has had to face several challenges to get to this point. “I have faced several challenges on my way here, but each one of them has only strengthened me to make me the person I am today; initially I did find it difficult to get my viewpoint across, you do come across a lot of resistance from your male counterparts.”
“However, later I proved that even women are equally capable of delivering the goods. Winning this award would not have been possible without the inspiration I have received from my father for whom I have the deepest respect, and from whom I have derived the strength to challenge myself and perform better at each stage.”
Besides the challenges in the personal and family space, which Darwish thinks that every professional women faces, the biggest challenge has ironically been growing up in the shadow of an illustrious businessman father.
“Being the eldest of his three daughters, inevitably it results in questions and comparisons, and to live up to and manage these expectations certainly takes a lot of time, effort and dedication.”
She feels that Omani women should come forward and be a force to reckon with in modern Omani society.
“They are being given all the opportunity in colleges and professional training institutes to pick up a skill of their choice. They should take full advantage of these opportunities and make a name for themselves, not only in Oman, but across the world.”
Being the chairperson and one of the principal shareholders of the MHD group, Darwish’s responsibilities revolve around guiding and driving the diversified business activities of the group. This involves interacting extensively with various stakeholders, including government agencies, principals, division heads, employees, customers, suppliers and others.
Apart from this, she is also a member of the State Council, which combined with her job, normally takes up most of her time, but she is also a mother of two wonderful daughters, one of whom was just born in August.
“Well, I do have to juggle between my responsibilities, but quality time, management skills and a strong back-up team in the company helps me plan out my day and iron out the occasional hiccups. I like to spend quality time within my close-knit family.”
Asked if she has a message for women in Oman, Darwish said, “The message would be that we all should be hardworking and educated. The country depends a lot on us and on the coming generations. With the support of His Majesty, I think we should prove that we are up to his expectations. We have come to this stage, and we should progress further.”