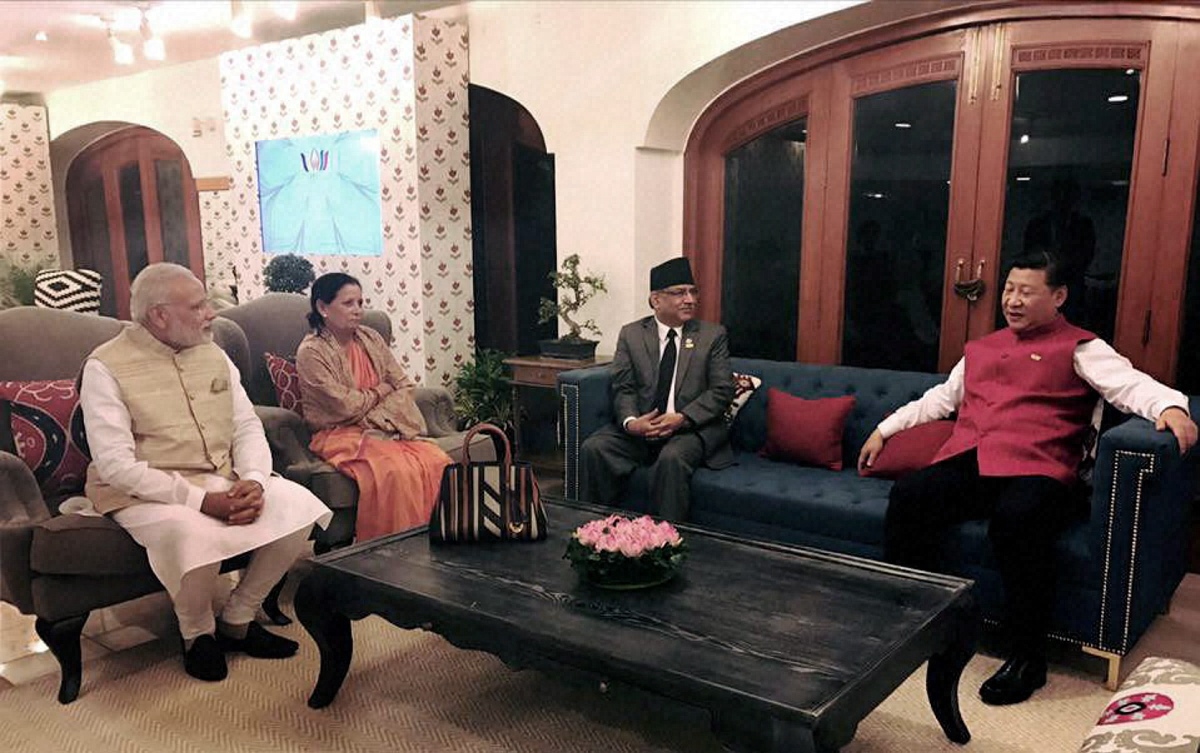 Kathmandu: Pushpa Kamal Dahal 'Prachanda' held a trilateral meeting with his Indian counterpart Narendra Modi and Chinese President Xi Jinping on the sidelines of the BRICS Summit in Goa and pitched Nepal as a "dynamic bridge" between the two Asian giants, a media report here said Sunday.
Pushpa Kamal Dahal 'Prachanda', who reached India to attend the BRICS-BIMSTEC Outreach Summit on Saturday, first held a one-on-one meeting with Chinese President Xi which lasted for around 20 minutes and later Modi joined them, The Himalayan Times reported along with a photo of the meeting.
The three leaders discussed issues of common interests, Prachanda's personal secretary Prakash Dahal was quoted as saying.
During the meeting on Saturday, Prachanda was quoted as saying that though Nepal is a small country, it is extremely rich in cultural and religious diversity. He said Pashupatinath, Gautam Buddha and Janaki have connected to the three countries. Albeit, Nepal is located between two giant powers of Asia -- India and China -- a prosperous Nepal is possible with their help and cooperation, Prachanda said.
"We wish to reap benefits of this geographical specialty by working as a dynamic bridge between the two countries," he said.
Chinese President Xi agreed with Prachanda stating that geography of any country would not play a decisive role in terms of many things like development, the report said. He also praised Nepal's role in keeping an equidistant relationship with China and India while expressing belief that the relations between the three countries would strengthen in the future.
"Likewise, Indian PM Modi acknowledged there are geographical, emotional and cultural relations among India, Nepal and China," the report said.
Prachanda's spouse Sita Dahal was also present in the meeting.