US seeks regional path to Syria peace at talks in Switzerland 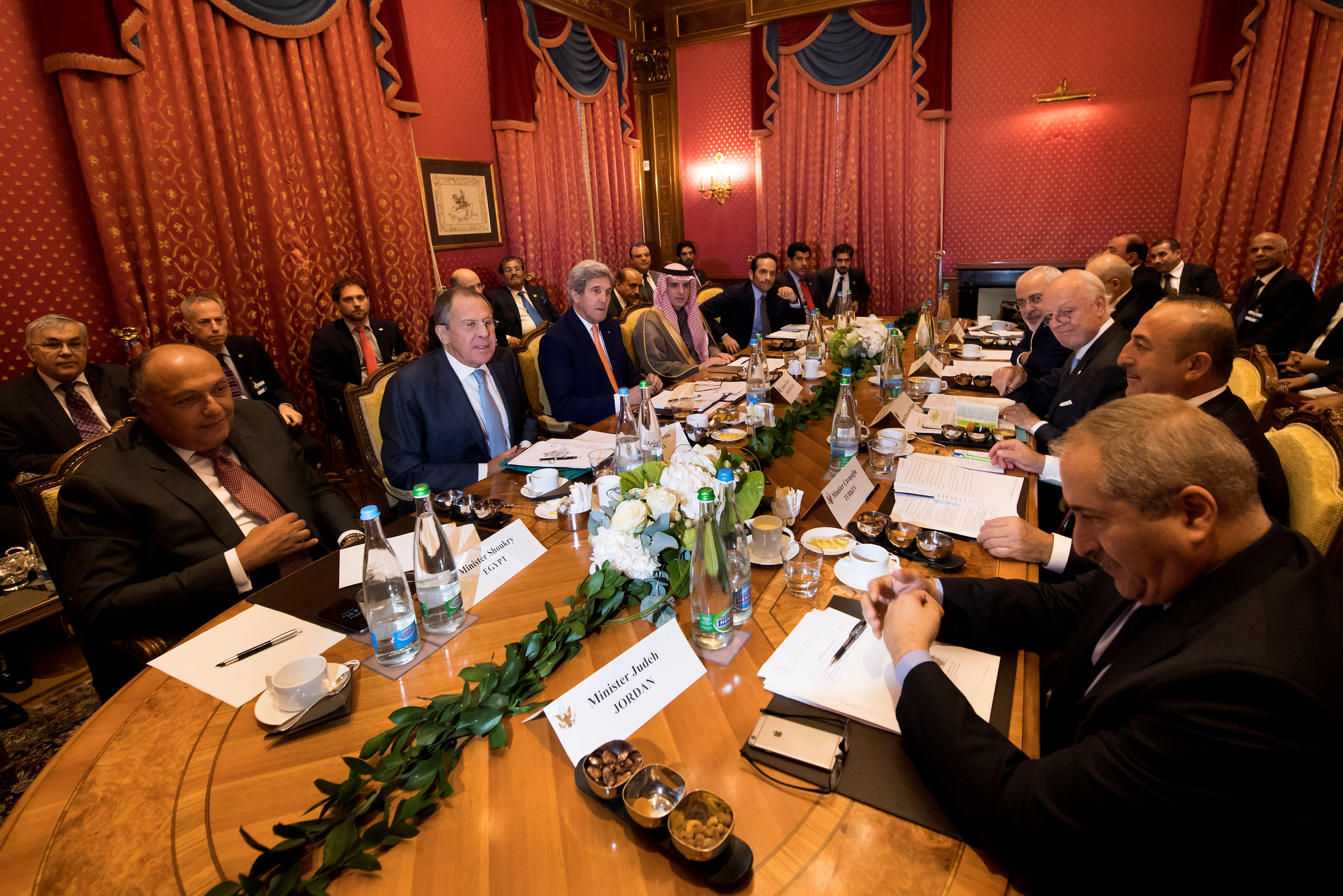 LAUSANNE (Switzerland): Syria talks with a fresh format but few fresh ideas opened in the Swiss lakeside town of Lausanne on Saturday, with US Secretary of State John Kerry seeking a new path to peace after failing to secure a ceasefire in direct talks with Russia.
Kerry hosted Russian Foreign Minister Sergei Lavrov and seven foreign ministers from the region - from Iran, Iraq, Saudi Arabia, Turkey, Qatar, Jordan and Egypt - three weeks after the collapse of a painstakingly crafted US-Russian ceasefire plan that many saw as the last hope for peace this year.
Lavrov has said he has "no special expectations" for Saturday's meeting.
A senior US State Department official said he foresaw no major announcement at the end of the day.
"This is going to be, as it has been now for several years, a very difficult process," the U.S. official said. Europe is not represented at the meeting being held in a luxury hotel on Lake Geneva.
But France's Foreign Ministry confirmed that foreign ministers of like-minded nations plan to meet to discuss Syria in London on Sunday.
Since the breakdown of US-Russia cooperation, long the backbone of efforts to end the war in Syria, US officials have worked on a number of ideas, and although no breakthrough is expected, the regional format could be the basis of a new process, the US official said.
A Western diplomat in Lausanne said the meeting appeared ill-prepared and vague in its goals, and the list of invitees clarified only at the last moment.
Before the talks started, Kerry met separately with his Saudi counterpart Adel Al Jubeir and with Lavrov to discuss the logistics of the meeting.
It was the first meeting between Kerry and Lavrov since the collapse of a second attempted ceasefire in September.
The US is expected to once again push Russia to agree to a ceasefire in Aleppo, and Russia is seen as insisting on separating moderate opposition groups from those it considers terrorists.
Pressure is rising for a halt to a ferocious, three-week-old Syrian government offensive to capture the rebel-held eastern zone of the city of Aleppo, where the United Nations says 275,000 civilians still live and 8,000 rebels are holding out against Syrian, Russian and Iranian-backed forces.
Western powers have accused Russia and Syria of committing atrocities by bombing hospitals, killing civilians and preventing medical evacuations, as well as targeting an aid convoy with the loss of around 20 lives.
Syria and Russia counter that they are only targeting militants in Aleppo and accuse the United States of breaking the ceasefire by bombing scores of Syrian troops fighting IS insurgents, over which the United States has expressed regret.
A senior rebel commander said on Friday that Syrian government forces would never be able to capture Aleppo's eastern sector, but a military source said the operation was going as planned.
The United Nations has said food, fuel and medicine are running out in eastern Aleppo and there will be no rations to distribute from the start of next month. In a gesture of apparent desperation, UN Syria peace envoy Staffan de Mistura has offered to escort members of an extremist militant group, Jabhat Fateh Al Sham, out of Aleppo if that would entice Damascus to forge a ceasefire with the remaining rebels.
Russia's Deputy Foreign Minister Gennady Gatilov said Russia wants to discuss de Mistura's offer, as well as elements of last month's failed truce deal, namely humanitarian aid deliveries and a pullout of both sides' troops from the Castello Road, a key supply route, he told Interfax news agency.