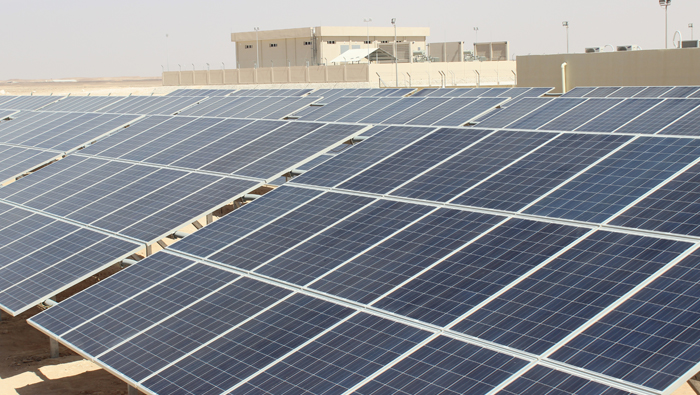 Muscat: Oman plans to develop a large-scale solar-based power project as an independent power venture in its efforts to enhance renewable energy sources in power generation.
State-owned Oman Power and Water Procurement Company (OPWP)has floated a request for proposal (RfP) inviting bids from consultants for conducting a technical and economic study for the proposed project.
“OPWP seeks proposals from interested bidders to provide technical and economic advisory services covering technical and economic areas for the development of a solar IPP,” the company said in a tender notification. The government is opting for an independent power project (IPP) model for developing the project. Accordingly, the project will be awarded through a competitive tender for a long term power purchase agreement.
Last date for bids
The last date of submitting bids is on November 27, while tender documents will be distributed between October 17 and 31. However, the proposed capacity of the project was not disclosed.
Few years ago, Oman government had a plan to develop a solar power project with a capacity to generate 200 megawatt of electricity. However, the plan was dropped at a later stage.
The capital expenditure for building the solar project must have substantially come down now, compared to the earlier project, due to fall in prices of photovoltaic panels.
Earlier, two locations – Adam and Manah – were identified as preferred sites for locating the solar project.
The criteria for choosing the site included availability of land, proximity to transmission lines for evacuating power, topography and site access and water supply.