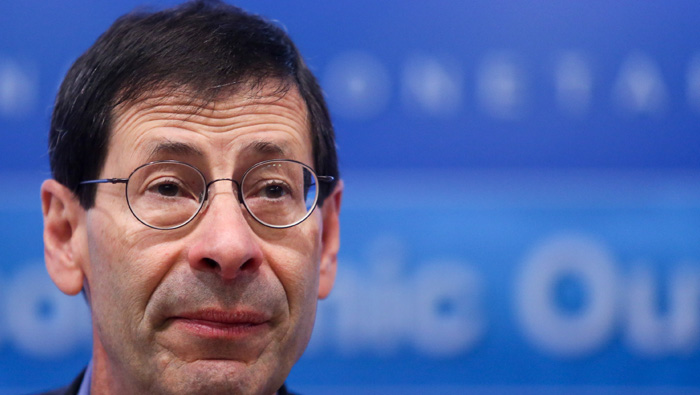 Washington: International Monetary Fund (IMF) maintained its forecast for weak global growth on Tuesday and warned that further stagnation will fuel more populist sentiment against trade and immigration that would stifle activity, productivity and innovation.
In the latest update of its World Economic Outlook, the IMF said that a drop in United States growth for 2016 due to a weak first-half performance would be offset by strengthening in Japan, Germany, Russia, India and some other emerging markets.
The fund kept its overall global growth forecasts unchanged at 3.1 per cent for 2016 and 3.4 per cent for 2017 after cutting its outlook for five straight quarters. "Taken as a whole, the world economy has moved sideways," IMF chief economist Maurice Obstfeld said in a statement.
"Without determined policy action to support economic activity over the short and longer terms, sub-par growth at recent levels risks perpetuating itself." The new forecasts were released as global policymakers begin gathering in Washington for the IMF and World Bank annual meetings this week.
The IMF said advanced economies as a whole will see a weakening of growth in 2016, down 0.2 percentage point from July to 1.6 per cent, while emerging market and developing economies will see a 0.1 percentage point gain in growth to 4.2 per cent.
The IMF said its 2017 forecast for both groups was unchanged, with advanced economies forecast to grow 1.8 per cent and emerging markets growing 4.6 per cent.
The United States accounts for much of the decline in advanced economies, with a reduction to 1.6 per cent growth from 2.2 per cent forecast in July, due to a disappointing first-half performance caused by weak business investment and a draw-down of goods inventories.
The drag from a stronger dollar and lower energy prices should fade by next year. The fund also argued for a gradual approach to Federal Reserve interest rate hikes "tied to clear signs that wages and prices are firming durably."
Its growth forecast for Japan improved slightly due to government spending, a delay in a consumption tax increase and expansionary monetary policy, but only to a weak 0.5 per cent in 2016 and 0.6 per cent in 2017.
For Britain, the IMF lifted its 2016 forecast by 0.1 percentage point as retail spending has held up better than expected after the June vote to leave the European Union. But it lowered its 2017 forecast by 0.2 percentage points to 1.1 per cent on anticipation that uncertainty over separation from Europe will take a bigger toll on investment in the country.
Growth forecasts for China remained unchanged at 6.6 per cent for 2016 and 6.2 per cent for 2017 as strong policy support and credit growth were fueling domestic consumption. India's growth will improve slightly to 7.6 per cent in both years, while Russia will benefit from a rebound in energy prices.
Obstfeld said that persistently weak growth that leaves lower-income people behind has fueled a political movement "that blames globalisation for all woes" and seeks to raise trade barriers, adding that the vote for "Brexit" was one example of this.
"In short, growth has been too low for too long, and in many countries its benefits have reached too few -- with political repercussions that are likely to depress global growth further," Obstfeld said.
The IMF said other risks to the outlook included further turbulence from China's transition towards a more consumer-driven economy, another drop in commodity prices, a sharp hike in trade barriers and a flare-up in geopolitical tensions.