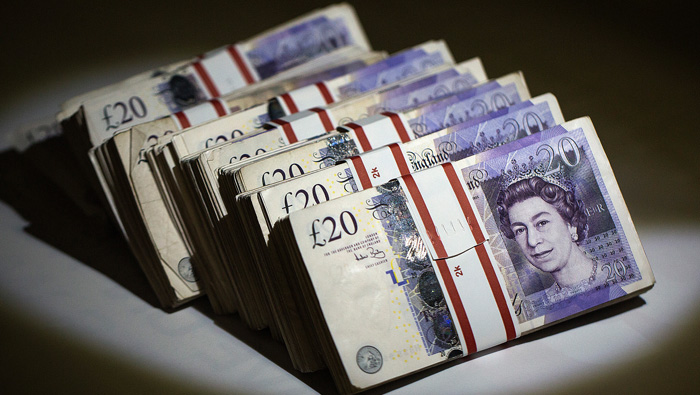 London: Sterling slid to its weakest level in more than three decades against a dollar that was trading stronger across the board on Tuesday, hit by fears over the impact of Britain's departure from the European Union.
The greenback reached a 13-day high against a basket of major currencies, helped by gains against the yen and by an upbeat survey of the United States manufacturing sector that drove investors to increase their bets on a rise in US interest rates by the end of the year.
The pound had already shed more than 1 per cent the previous day on the back of British Prime Minister Theresa May's announcement on Sunday that the formal process that will take Britain out of the EU will start by the end of March.
It extended those falls on Tuesday, slipping more than half a per cent to $1.2757, its weakest since June 1985. That left it down 15 per cent since Britain's June 23 referendum on EU membership.
Many in the market worry that the government's stance points to a "hard Brexit", in which Britain quits the single market in favour of retaining control over migration and which could drive an exodus of banks from London.
"The headlines we've been seeing in the last few days...have been focusing the market's attention on the big structural challenges that the UK is facing, particularly if it's going to be 'hard' rather than a 'soft' Brexit," said HSBC FX strategist Dominic Bunning, highlighting a report suggesting post-Brexit Britain would not be supportive of the financial sector.
Bunning said investors were worried that if Britain's huge financial services industry takes a big hit from Brexit, that could help widen an already gaping current account deficit.
While the turmoil in the days and weeks following the EU referendum spurred demand for safe-havens like the yen, analysts pointed out that the latest slide in the pound had yet to trigger similar reaction. The dollar climbed 0.8 per cent to hit a 13-day high of 102.495 yen on Tuesday.
"Right now the reaction to Prime Minister May setting a departure deadline is mostly limited to the pound. A greater negative impact on the British economy will have be witnessed first for Brexit woes to cause broader risk aversion," said Masafumi Yamamoto, chief currency strategist at Mizuho Securities in Tokyo.
Some analysts said the dollar had also been boosted against the yen in particular by a reduction in risk aversion, with worries about the stability of Deutsche Bank having eased for now.
The Australian dollar showed little reaction to the Reserve Bank of Australia's widely-expected policy decision to stand pat on monetary policy, edging down 0.1 per cent to $0.7664.