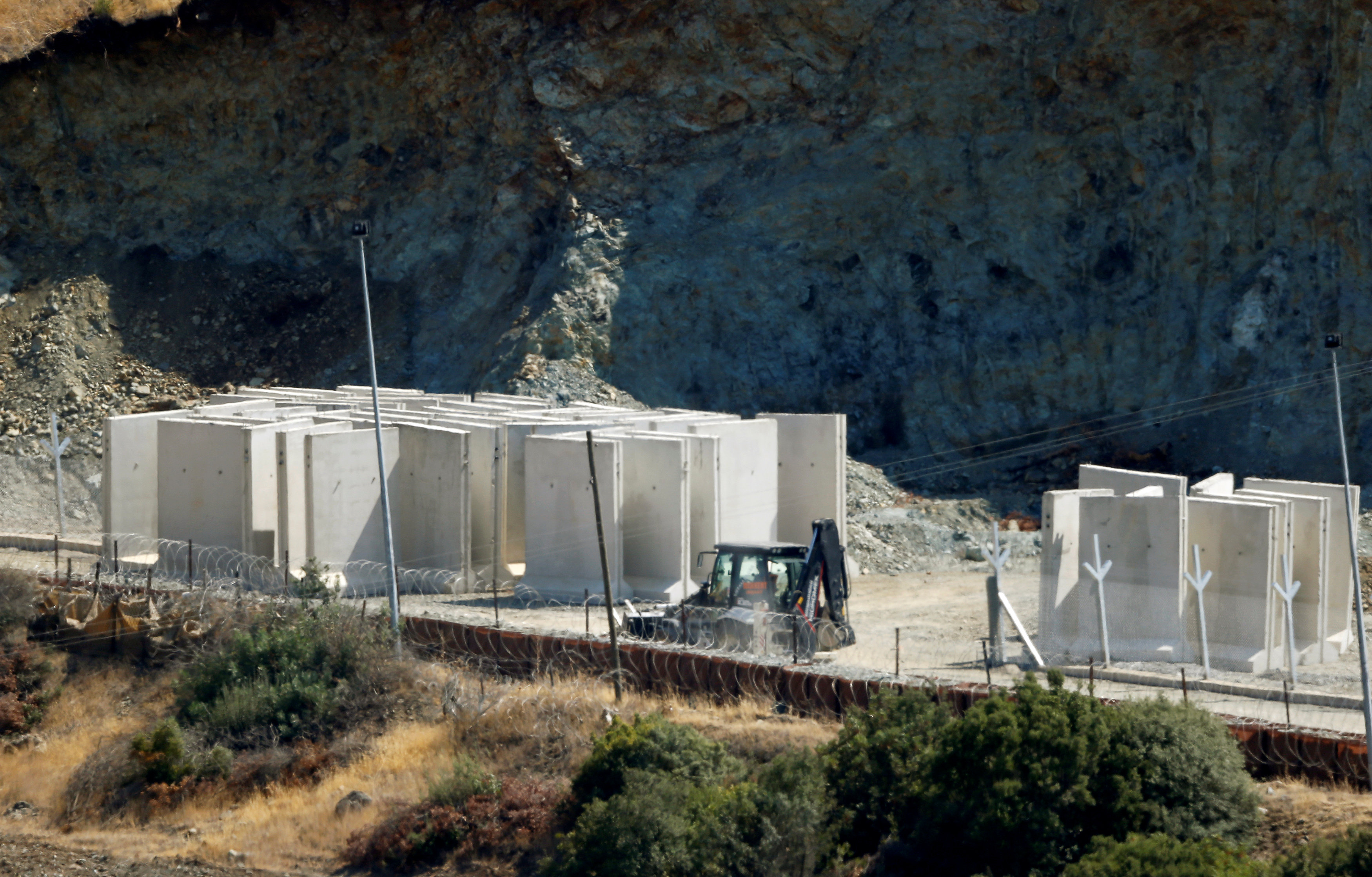 Ankara/Istanbul: A concrete wall being built to stop illegal crossings along the length of Turkey's 900-km (560-mile) border with Syria will be finished by the end of February, an official at a Turkish state institution with knowledge of the project said on Wednesday.
Ankara has long been under pressure from its NATO allies to seal off the border with IS-controlled territory in Syria and is also concerned by the presence of the Syrian Kurdish YPG militia, which controls most of its Syrian border.
Construction on a border wall to combat smuggling and illegal migration started as early as 2014 even as Turkey maintained an open-border policy that has seen nearly 3 million Syrians seek refuge in the country.
"Construction will be completed within five months," the official told Reuters, declining to be identified because he was not authorised to speak to the media. He said winter conditions would be a challenge to the timetable, however.
Turkey last month launched an operation dubbed "Euphrates Shield" in alliance with Syrian rebels to drive IS militants away from the border area and stop the YPG's advance.
Turkey regards the YPG as closely tied to Kurdistan Workers Party (PKK) militants fighting an insurgency in southeast Turkey and deems both as terrorist organisations.
The United States, meanwhile, sees the YPG as an ally in its operations targeting IS -- a source of tensions between Ankara and Washington.
A 200-km (125-mile) stretch of the wall has already been completed and state housing developer TOKI will build the rest, the official said. He likened the project to border walls in other countries, such as the one between parts of Mexico and the United States.
The official declined to give an estimate for the cost of construction. But the mass circulation Hurriyet newspaper said that including a road for military patrols planned alongside it, the wall was expected to cost 2 billion lira ($672 million).
Made up of seven-tonne portable blocks topped with razor wire, the wall will be three metres (10 feet) high and two metres (6.5 feet) wide. The official said private companies would be hired once construction tenders were completed.
Hurriyet cited the head of TOKI as saying that 200-250 concrete blocks were currently being produced daily at five work sites, and that the latest construction work had begun around 20 days ago.
New watchtowers on roads patrolled by armoured vehicles have already been erected along the border this year as part of increased security measures.