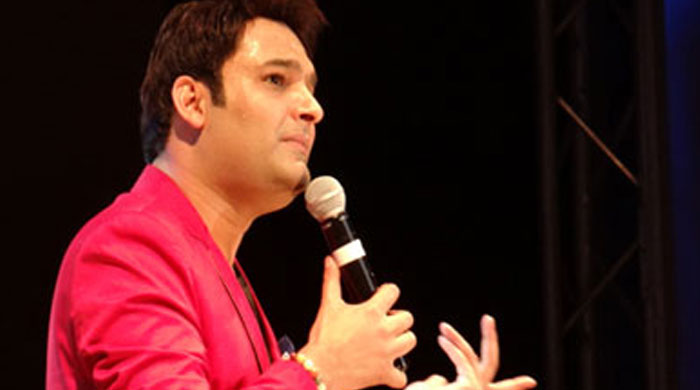 Mumbai: An First Information Report (FIR) was on Monday registered by Versova police in Mumbai against popular stand-up comedian Kapil Sharma for alleged violation of the Environment Act.
Sharma allegedly dumped the debris near mangroves behind his bungalow in suburban Versova and also undertook illegal construction near it, police said.
Mumbai suburban District Collector Deependra Singh Kushwah had directed officials to conduct a survey to find if Sharma violated the Act by dumping debris near the mangroves.
After the survey, the Andheri talathi filed a police complaint.
"We have recorded a case under Sp LAC (special local Acts) No 87/16 U/S 15 (1)(2) Environment Act against Sharma," Mumbai police spokesperson DCP Ashok Dudhe told PTI.
The complainant also submitted the mangrove cell report to police, he said.
The bungalow number 71 at Four Bungalows area in Andheri (West), Mhada Colony, was purchased by Sharma from a businessman on November 7 last year and the actor had allegedly carried out some illegal alterations.
Prior to this, the Oshiwara police had last week registered an FIR against the actor under section 53(7) of Maharashtra Regional Town Planning Act (MRTP), for alleged unauthorised construction at his flat in suburban Goregaon, based on a complaint by a Brihanmumbai Municipal Corporation (BMC) official.
Sharma had kicked up a controversy earlier this month by alleging that he had been asked to pay a bribe of Rs 5 lakh by an official of BMC which, in turn, claimed that the actor had flouted norms not only in his Versova office building but also at his apartment in suburban Goregaon.
He had also tagged Prime Minister Narendra Modi in a tweet posted on September 9.
"I am paying Rs15 cr income tax from last 5 year n still i have to pay Rs 5 lakhs bribe to BMC office for making my office @narendramodi (sic)," Kapil had said in the tweet.
"Yeh hain aapke achhe din? @narendramodi (are these your good days)," he sought to know in another tweet, referring to Modi's 2014 poll slogan of "good days are ahead".
Sharma has nearly 63 lakh followers on his Twitter handle and since he tagged the prime minister, the tweet generated sharp reactions from all major political parties, with an eye on the forthcoming civic elections.
Meanwhile, in the aftermath of the Sharma episode and other similar incidents, Maharashtra's Mangrove Cell has decided to fence such areas with a Rs 20 crore budget for the project.
"There is 5,469 hectares of mangrove land in Mumbai, which is notified as a reserved forest.
Of this, 2-3 per cent is vulnerable to encroachments," Chief Conservator of Forests N Vasudevan told PTI.
"This is the same area where encroachments have taken place. A Rs 20 crore project of fencing the same vulnerable area, along with CCTV and satellite-based monitoring has been decided by the Cell," Vasudevan, who heads the Mangrove Cell, said.
Most of the encroachments have taken place in areas like Colaba, Trombay, Malvani and Charkop, the senior IFS officer said.