Oman’s vision of a non-oil future in focus 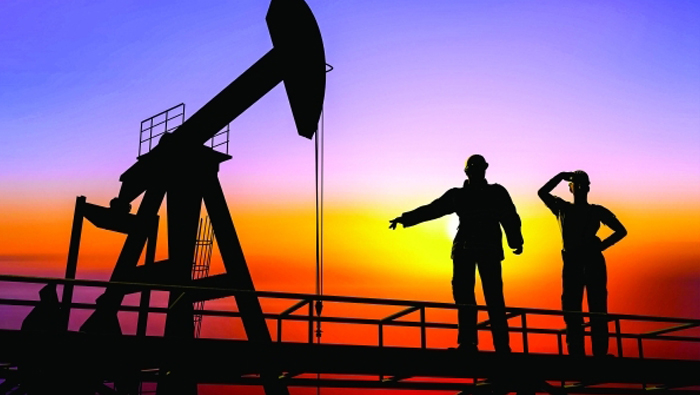 Muscat: More than 200 leading business people have been invited to help shape the future of Oman, by the government agency created to ensure the Sultanate is ready for a non-oil future.
The chief executives and chairmen of various private and public firms have been asked to take part in a new red-tape busting government agency’s five-year plan for the Sultanate.
Get your essential daily briefing delivered direct to your email inbox with our e-newsletter
They have been asked to identify and report issues and to find workarounds to bureaucracy, red tape and skills shortages so that Oman can make itself non-oil ready.
The National Programme for Enhancing Economic Diversification (Tanfeedh) has targeted five sectors of the economy and is busy bringing together experts in the field with government employees.
These “labs” created under the scheme will ensure there is little or no red tape in terms of doing business in these sectors.
The plan is modelled on a similar Malaysian scheme which sought to cut through delays in the introduction of new projects and plans there.
The five sectors targeted by the government agency are manufacturing, tourism, transport and logistics, mining, and fisheries, according to Talal Sulaiman Al Rahbi, deputy secretary-general of the Supreme Council for Planning.
The second phase of the major initiative, which kicked off on Sunday, will welcome 78 CEOs and representatives from the private sector to contribute to shaping the economic future of Oman.
“These five sectors will provide new job opportunities to Omanis and increase the private sector’s contribution to the Gross Domestic Product (GDP),” Al Rahbi said.
The latest phase will continue until October 26, 2016, outlining the priorities and encouraging investments such as zoning sites for tourism investment.
Al Rahbi explained that Oman’s GDP from non-oil witnessed a 25 per cent increase in the last Five Year Plan, and the country is aiming to break the record in the upcoming plan.
He announced that the first week of the programme, the “labs” phase, will focus on determining the challenges facing these sectors and how to overcome them.
Each lab will have 40 members, with 40 per cent government representatives and 60 per cent non-government (private sector, academics and individual experts).
Tanfeedh is a national initiative carried out as part of the 9th Five-Year Development Plan (2016-2020), in collaboration with the Malaysian government’s Performance Management and Delivery Unit (“PEMANDU”).
The 8th Five-Year Development Plan (2010-2015) was the biggest plan yet in terms of the projects approved, that focused on completing main infrastructure sectors such as roads, ports and airports, according to Dr Ali bin Masoud Al Sunaidy, Minister of Commerce and Industry.
“Non-petroleum activities’ contribution to GDP rocketed in 2015, from which 1.6 per cent came from fisheries and 18.8 per cent came from manufacturing, including 0.5 per cent from mining activities,” said Al Sunaidy.
“Furthermore, the contribution of service industries amounted to 49.9 per cent, including the hotel and restaurant sector at 0.9 per cent and transport, warehousing and communications at 5.8 per cent,” he explained, adding the years 2016/2017 are expected to be difficult as GDP will still be affected by the continued drop in oil prices.
“Under the shadow of this decrease in provision, a lower level of tax revenues and other fees, the demand on services and infrastructure is still escalating due to population growth,” he stressed.
“Such conditions call for a new environment in facing challenges: through trimming government expenses, completing infrastructure projects, and borrowing from external sources to mitigate the impact on local liquidity, in addition to getting a grip on economic solutions, supporting government entities to better provide efficient services, and partnering with the private sector to focus on the five promising diversification sectors identified in the 9th Five Year Development Plan.” Al Sunaidy added.
Ali Shaban, representative of W J Towell, said the labs were very fruitful.
“Malaysia had an issue back in 2009 when they drafted strategic plans to push the economy forward but were not able to execute them due to conflict of interests between different government bodies and the private sector,” he said. Shaban said that Tanfeedh is now solving a similar issue in Oman by inviting officials from the public, private, military and security sectors so they can make more practical decisions around one table. “We as a leading private company were invited by Tanfeedh to assist the decision makers in curbing bureaucracy and giving valuable inputs during the workshops,” he said.
The labs “will align the qualifications of the Omani workforce with the requirements of each sector, taking into account the needs of both the employer and employee”, according to a statement.
Every Lab will have an accompanying ‘Fact Pack’. This will contain statistical data, existing government strategies and studies and international reports. The Fact Pack is designed to provide an immediate resource of real information on which proposals and solutions should be based: a ‘fact based process.’
Al Rahbi confirmed that the executive phase will start in January 2017 and Tanfeedh is expected to release its first annual report in April 2018.
16 ministries’ representatives, 28 from government institutions and 30 from government owned companies will also participate in the labs which will be active for six weeks.
In the spirit of the upcoming phase, Omani youths have taken a vital role in shaping the event.
“The event was organised by Omani Small and Medium Enterprises,” Al Rahbi explained.