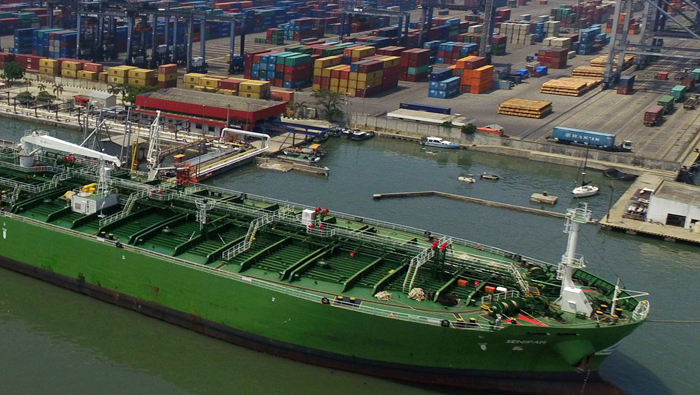 Dubai: Libya halted loading what would be the first overseas crude shipment from the port of Ras Lanuf since 2014 as rival armed forces began fighting for control of the facility, complicating efforts to end a five-year conflict that has slashed oil exports from the Opec country.
Clashes erupted on Sunday between local Petroleum Facilities Guard units and military forces that last week occupied Ras Lanuf and the country’s largest oil port of Es Sider in east Libya, Nasser Delaab, petroleum operations inspector at Harouge Oil Operations, said by phone. The fighting forced the tanker Seadelta to suspend the loading of 781,000 barrels of oil for shipment to Italy, he said.
The vessel was loading crude from onshore storage tanks, said Delaab, who helps organise oil movements at Ras Lanuf, Libya’s third-largest oil port. The Seadelta arrived there early Sunday from Trieste, Italy, according to tanker tracking data.
Libya is seeking to boost crude exports after fighting among rival militias slashed oil production following the 2011 ouster of former dictator Muammar Al Gaddafi. The conflict halted exports from the nation’s main oil ports of Es Sider, Zueitina and Ras Lanuf as the country struggled to form a unified national government.
The National Oil Corporation planned to resume exports from the ports after reaching an accord with Khalifa Haftar, a military commander who seized control of the facilities last week.
Libya will be selling into an oversupplied market in which crude is trading at about half its 2014 levels. Harouge, which pumped about 100,000 barrels a day through the end of 2014, halted operations at that time due to fighting in the country, Delaab said. The company produces at five oil fields around Ras Lanuf, according to its website.