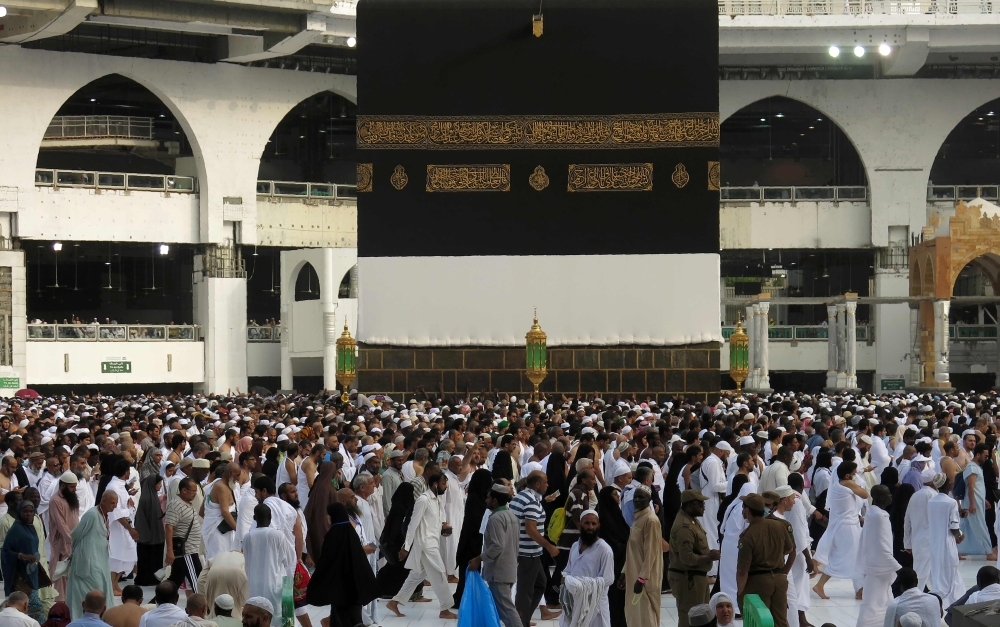 MECCA: Construction projects to expand capacity at Mecca's Grand Mosque and other Islamic holy sites will be completed in about three years, enabling Saudi Arabia to accommodate more pilgrims, Mecca's mayor told Reuters on Friday.
Osama bin Fadl Al-Bar said the pilgrimage-related projects were a top state priority and would be finished on time, despite widespread delays in the Saudi construction sector as the kingdom grapples with the effects of sustained low oil prices.
"All of these projects are being developed to serve our guests and accommodate more of them," said Bar, dressed in traditional robes and seated on a plush green leather sofa during an interview at his office in Mecca's municipal building.
The projects will be completed by 2020, he said. The new King Abdulaziz International Airport and the Grand Mosque expansion will both be finished in either 2017 or 2018.
Haramain, a high-speed railway linking the holy cities of Mecca and Medina, will be completed in late 2016 and will undergo testing before opening to the public in 2017.
A final project, a 4-km tunnel and two metro stations that will form part of the planned $16.5 billion Mecca metro project, will be completed in 2020.
The work comes on top of recent expansion and construction including dozens of new hotels, the world's biggest clock tower looming over the Grand Mosque, and expanded access routes across Mecca which have cost many billions of dollars.
The issue of capacity in Mecca has resurfaced as a topic of international concern following last year's haj disaster, when a crush in the Mina tent city area killed hundreds of pilgrims.
Construction work has in some cases crimped space at the holy sites, causing bottlenecks around tightly packed entrances, although no work was being carried out in the Mina vicinity last year.
Bar said the impact of the work was mitigated by a decrease in the number of pilgrims coming to Mecca for this year's haj, which started on Friday.
"The negative impact is minor given the (decreased) number of haj pilgrims, although on the other hand there is also an increase in the number of umrah pilgrims arriving each year," he said.
Whereas in previous years, up to three million people have flocked to the holy city for haj, this year authorities were anticipating no more than two million haj pilgrims.
Saudi authorities have undertaken enormous mega-projects to accommodate the increasing influx of people seeking to make the pilgrimage to Mecca, which all Muslims who can afford to are required to do at least once.
Saudi Arabia announced plans in June to increase the number of umrah pilgrims coming from abroad from 6 million in recent years to 15 million by 2020. Bar estimated that 12 million people from abroad were already expected this year for umrah, which can be performed at any time of year.
The kingdom has also set a goal of boosting religious tourism as part of its long-term plan to diversify the economy beyond oil, giving it financial incentive to welcome a greater number of pilgrims.
The total cost of the expansion work, including both land and infrastructure, was about $100 billion, said Bar.
After the work is finished, the Grand Mosque will have a total capacity of 2.2 million worshippers, up from 600,000 currently. Up to 400,000 people per hour will be able to circumambulate the sacred Kaaba at the centre of the mosque, said Bar.
The Jamarat bridge, where pilgrims throw stones at pillars symbolising the devil, will handle up to 500,000 pilgrims at a time, or 3 million total over the course of each haj.