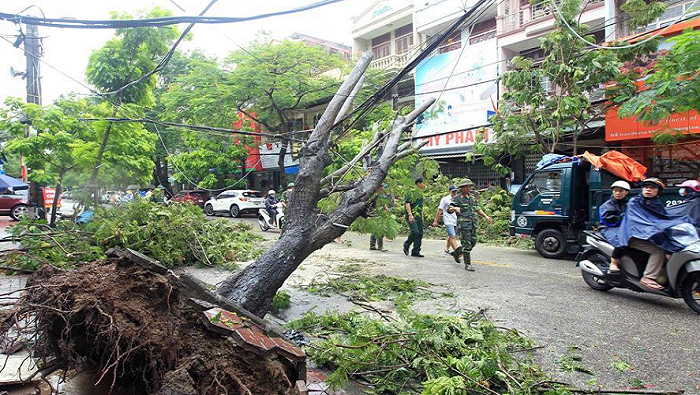 Hanoi: Typhoon Wipha, the third tropical storm to strike Vietnam so far this year, has left one person dead and 15 others missing according to state media.

Wipha made landfall in northern Quang Ninh province on Friday night and then weakened to a tropical depression, causing heavy rain and strong gusts in the northern provinces of Quang Ninh, Lang Son and Thanh Hoa. While a fishing boat sunk in Quang Ninh on Friday, no human casualties were reported in the incident.

In the first seven months of this year, natural disasters in Vietnam left 34 people dead or missing, destroyed 156 houses, damaged over 3,000 other houses and 3,700 hectares of rice and other crops, causing economic losses of $10.4 million according to the country's General Statistics Office.

Vietnam is one of the countries most affected by natural disasters and climate change, according to the United Nations Development Program. It faces six or seven typhoons every year on average.