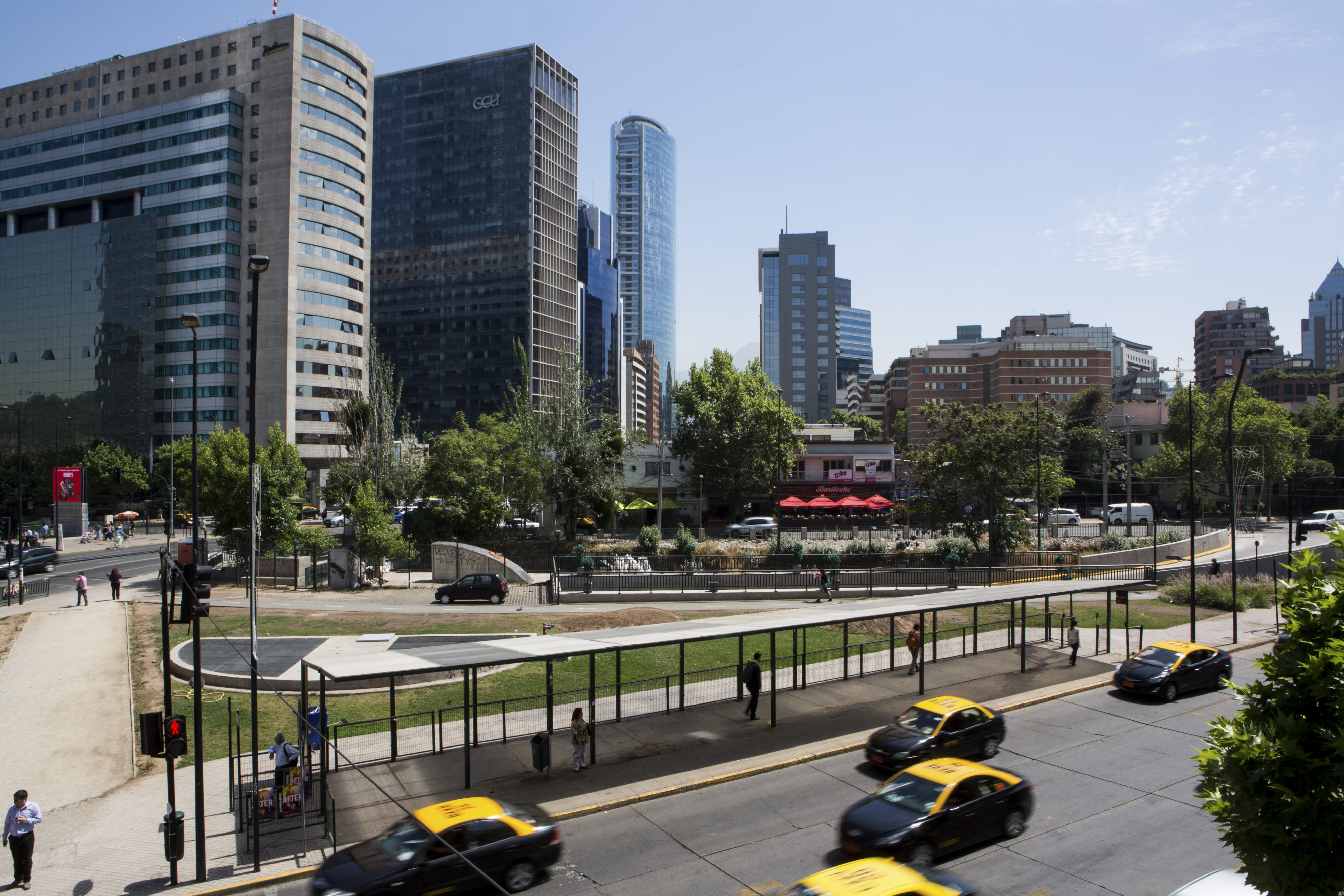 Defined-benefit pension plans are under pressure. Changing demographics spell trouble for so-called pay-as-you-go (PAYG) systems, in which contributions from current workers finance pensions. And record-low interest rates are putting pressure on funded systems, in which the return from earlier investments pays for retirement benefits. The Financial Times recently called this pensions crunch a “creeping social and political crisis.”
Defined-contribution, fully-funded systems are often lauded as the feasible alternative. Chile, which since 1981 has required citizens to save for retirement in individual accounts, managed by private administrators, is supposed to be the poster child in this regard. Yet hundreds of thousands of Chileans have taken to the streets to protest against low pensions. (The average monthly benefit paid by Chile’s private system is around $300, less than Chile’s minimum wage.)
Chile’s government, feeling the heat, has vowed to change the system that countries like Peru, Colombia, and Mexico have imitated, and that George W. Bush once described as a “great example” for Social Security reform in the United States. What is going on?
The blame lies partially with the labour market. Chile’s is more formal than that of its neighbours, but many people – especially women and the young – either have no job or work without a contract. High job rotation makes it difficult to contribute regularly. And it has proven difficult to enforce regulations requiring self-employed workers to put money aside in their own accounts.
Moreover, the legally mandated savings rate is only 10 per cent of the monthly wage, and men and women can retire at 65 and 60, respectively – figures that are much lower than the OECD average. The result is that Chileans save too little for retirement. No wonder pensions are low.
But that is not the end of the story. Some of the same problems plaguing defined-benefit systems are also troubling defined-contribution, private-account systems like Chile’s. Take changes in life expectancy. A woman retiring at age 60 today can expect to reach 90. So a fund accumulated over 15 years of contributions (the average for Chilean women) must finance pensions for an expected 30 years. That combination could yield decent pensions only if the returns on savings were astronomical.
They are not. On the contrary, since the 2008-2009 global financial crisis, interest rates have been collapsing worldwide. Chile is no exception. This affects all funded pension systems, regardless of whether they are defined-benefit or defined-contribution schemes.
Lower returns mean lower pensions – or larger deficits. The shock and its effect are large. In the case of a worker who at retirement uses his fund to buy an annuity, a drop in the long interest rate from 4 per cent to 2 per cent cuts his pension by nearly 20 per cent.
The rate-of-return problem is compounded in Chile by the high fees charged by fund managers, which are set as a percentage of the saver’s monthly wage. Until the government forced fund managers to participate in auctions, there was little market competition (surveys reveal that most people are not aware of the fees they pay). A government-appointed commission recently concluded that managers have generated high gross real returns on investments: from 1981 to 2013, the annual average was 8.6 per cent; but high fees cut net returns to savers to around 3 per cent per year over that period.
Those high fees have also meant hefty profits for fund managers. And it is precisely the disparity between scrawny pension checks and managers’ fat profits that fuels protest. So, more challenging than any technical problem with Chile’s pension system is its legitimacy deficit.
To address that problem, it helps to think of any pension system as a way of managing risks – of unemployment, illness, volatile interest rates, sudden death, or a very long life span. Different principles for organising a pension system – defined-benefit versus defined-contribution, fully funded versus PAYG, plus all the points in between – allocate those risks differently across workers, taxpayers, retirees, and the government.
The key lesson from Chile is that a defined-contribution, funded system with individual accounts has some advantages: it can stimulate savings, provide a large and growing stock of investible funds (over $170 billion in Chile), and spur economic growth. But it also leaves individual citizens too exposed to too many risks. A successful reform must improve the labor market and devise better risk-sharing mechanisms, while preserving incentives to save. It is a tall order.
Chile’s system already shares risks between low-income workers and taxpayers, via a minimum non-contributory pension and a set of pension top-ups introduced in 2008 (as Minister of Finance, I helped design that reform). Subsequent experience suggests that those benefits should be enlarged and made available to more retirees. But the Chilean government has little money left, having committed the revenues from a sizeable tax increase two years ago to the ill-conceived policy of free university education, even for high-income students.
In response to the recent protests, the government has proposed an additional risk-sharing scheme: some (thus far undecided) part of a five-percentage-point increase in the mandatory retirement savings rate, to be paid by employers, will go to a “solidarity fund” that can finance transfers to people receiving low pensions.
The goal is correct, but, as usual, the devil is in the details. In the medium to long run, it seems likely that wages will adjust, so that the effective burden of the additional savings will be borne by employees, not employers. One study estimates that workers treat half of the compulsory savings as a tax on labor income, so too-large an increase (especially in the funds that do not go to the worker’s individual account) could cause a drop in labor-force participation, a shift from formal to informal employment, or both. Chile’s economy does not need that.
There are no easy answers to the pensions conundrum, whether in Chile or elsewhere. Chilean legislators will have to make difficult choices with hard-to-quantify tradeoffs. Whatever they decide, irate pensioners and pensioners-to-be will be watching closely. - Project Syndicate