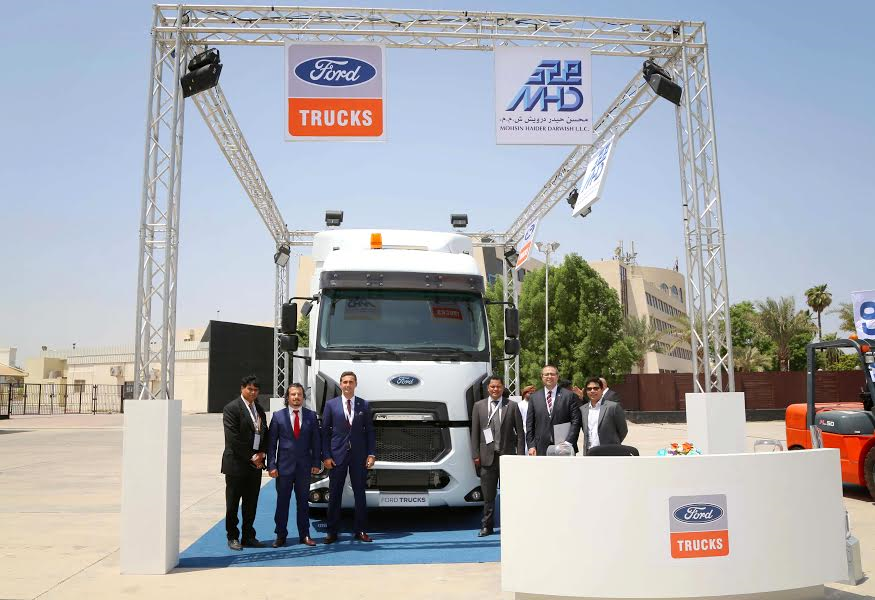 Muscat: Market for commercial trucks started showing signs of recovery in Oman and other Gulf states, thanks to ongoing construction activities and new economic strategies adopted by different governments.
“Right now countries are taking action plans to overcome the economic slowdown. In Oman, construction projects are going on,” said Mustafa Caner Sinanoglu, countries manager, Ford Trucks.
“It is getting better from the second quarter onwards. We are getting more enquires (for our trucks),” he added.
Ford Trucks has launched its vehicles in the Sultanate in cooperation with its Oman dealer Mohsin Haider Darwish in January this year. MHD has a showroom for Ford Truck in Muscat, while plans are afoot to expand showrooms to other cities like Sohar, Salalah and Duqm.
Sinanoglu said that the Sultanate’s mega projects like the national railway, Batinah Expressway and Sohar refinery improvement work will drive demand for heavy commercial vehicles.
He noted that a similar situation is prevailing in other GCC countries as well ever since oil prices started falling more than 14 months ago. “Each country is trying to revive projects. There are some delays, but projects are going on even now.”
Sinanoglu said that Ford has launched its trucks in the Middle East three years ago, after two years of testing. “We have launched the vehicle in Saudi Arabia and the United Arab Emirates in 2014.” Thereafter, the company has launched the vehicle in Jordan, Qatar, Bahrain and Oman. Presently, Ford Trucks has dealers in all countries in the Middle East region, except Kuwait and Yemen.
Ford Trucks has commercial trucks for construction, road transport and waste management, with a range of variants - ranging from 18 tonnes to 60 tonnes capacity. “Our aim is to achieve 10 per cent of market share in Oman by 2020.” He said that the Ford’s commercial trucks are suitable for hot climate of the region.
Ford Trucks plans to launch a new truck model with 12.7 litre engine in the first quarter of 2017 in Oman.
Mustafa Caner Sinanoglu is Middle East Countries Manager of Ford Trucks. Sinanoglu joined Ford Otosan (FO) in June 2005 as brand specialist and has held a series of increasingly responsible positions in sales, marketing and services.