SMEs use social media to promote business, but lack expertise to secure financing 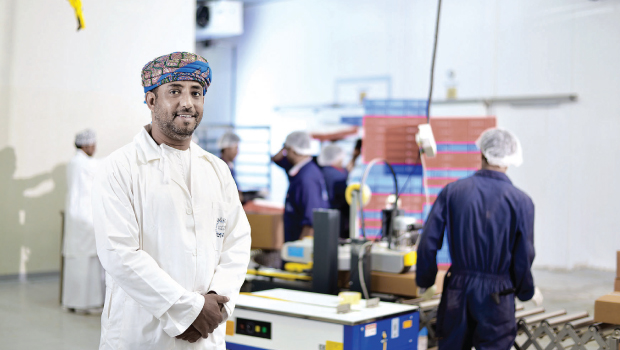 Muscat: While small and medium enterprises in the Sultanate are quite savvy in using social media to notch up sales, the same cannot be said about their ability to secure financing.
Some 92 percent of SMEs in the GCC are promoting their businesses on facebook, instagram, twitter and other social media, an Orient Planet Report says.
The report, entitled ‘Social Media as a Business Tool for SMEs in the Arab World’, comes as no surprise amidst the unprecedented growth in the number of Arab internet users who are accessing various social media channels to connect, communicate, and share information with their families and friends.
According to Khalid bin Al Safi Al Haribi, Deputy CEO of Riyada, the Public Authority for SME development in Oman, more than 90 per cent of the commercially registered organisations in Oman are SMEs, whose contribution to the nation’s GDP ranges between 15 and 20 percent.
“SMEs in Oman very often resort to social media platforms for outreach purposes, especially during the current economic conditions, as social media is considered more affordable, given the budgets allocated for marketing in the SME sector.
“SMEs in Oman rely heavily on social media, however, the overall impression about the use of social media in Oman is that it needs improvement. Still, there needs to be a qualitative move towards a more innovative marketing technique, for not only using posters, but also videos, influencers, and more effective engagement methods,” noted al Haribi.
He added that facebook, twitter and instagram are widely used by SMEs in Oman, but Pinterest, LinkedIn and Snapchat remain largely untouched.
According to the Arab Knowledge Economy Report 2015-2016, the number of internet users in the Arab World is poised to climb to about 226 million by 2018.
Nashwa al Sharji, a college student and home business owner in Oman, said that she has been using social media for some time and found it to be very useful.
Need for discipline
Meanwhile, according to experts, SMEs in Oman can become eligible for loans by introducing discipline in their business model and work structure.
Several organisations in Oman offer loans to Omani SMEs, along with mentoring and giving soft advice, but SMEs need to step up discipline and organisation in order to benefit from it.
Currently, SMEs are having a tough time securing loans, according to experts and SME owners alike. “Banks are a major source of loans for SMEs, but sometimes it is hard to secure without collateral,” said Sherry Colbourne, managing partner at Startup Oman.
Unavailability of loan-securing collateral, lack of organisation and proper maintenance of accounts and less knowledge of options available have been identified as the key factors in this issue.
“During a recent entrepreneurship forum held in Bahla, nearly 55 to 60 per cent SME owners complained about difficulty in obtaining loans,” according to Lallan Sharma, head of Finance at the SME Development
Fund (SMEF). “Unavailability of financial statements or proper accounts is the major reason why SMEs are unable to secure loans.”
According to an SME owner dealing with automotive parts, there are several lucrative finance options, but not everyone is aware of them, one of which is subsidised loans. Subsidised loans provide SMEs with much lower interest rates than conventional rates and can be secured with little hassle.
“With nearly 6 per cent subsidy, SMEs have to pay only 3 to 4 per cent interest rates, which makes it much easier for them to develop,” said Sharma, adding that SMEF is one of the few organisations that provides subsidised loans to SMEs.
“At SMEF, we do not take any personal assets as collateral and our partnership with KPMG and PDO guarantees that accounts of a company are in good shape, which would help SMEs in the future in securing loans from banks,” he explained.