Trial of journalists in Oman postponed 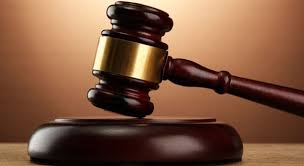 Muscat: Oman Human Rights Commission attended the first session of the trial of the accused journalists from the Al Zaman newspaper.
The case has been postponed to August 22 to allow the lawyer of journalists to view the case files and meet with the accused while in custody, according to the Oman Human Rights Commission.
The government has ordered the Al Zaman newspaper to close its offices and stop publishing after it published reports alleging corruption in Omani judiciary.
The government also found that the published material constituted a flagrant violation of the ethics of Freedom of Expression, which is an authentic value advocated by the Omani society and reaffirmed by the Basic Law of the State, according to the Oman News Agency.
Necessary powers of attorney were given by all the accused in favour of Ya’aqub Al Harthy, a lawyer who has agreed to defend them.
Earlier, the Commission had requested the Public Prosecution to enable the accused meet their lawyer before trial.