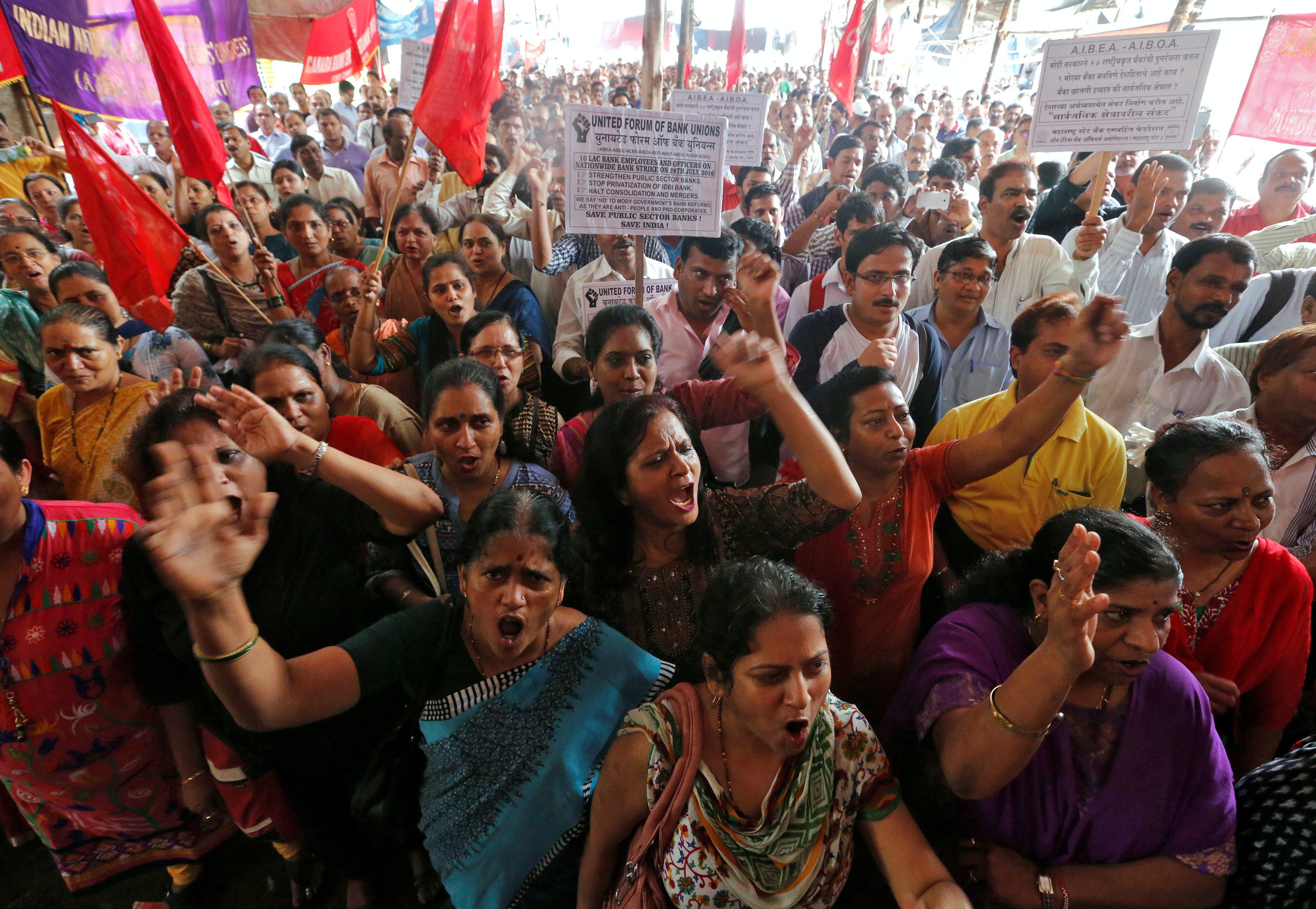 New Delhi: Services at around 80,000 bank branches in the country were hit on Friday as employees of public sector banks went on one-day strike to protest the proposed merger of State Bank of India (SBI) associates with the parent and other issues.
However, in a relief to bank customers, all the banks, including private sector lenders which were not part of the strike on Friday, would be working full day on Saturday.
The United Forum of Banks Unions (UFBU), an umbrella organisation of nine bank employees and officers unions representing 800,000 staffers struck work affecting services like cheque clearances, cash deposit and withdrawals at branches and other facilities.
Commenting on the strike, SBI chairman Arundhati Bhattacharya said the bank would take on board all the stakeholders.
"People have to understand that the change is inevitable. There have been strike at many occasions but we have to educate them and take them on board," she said.
SBI has proposed merger of its five associate banks with itself to create a banking behemoth in the country.
According to All India Bank Employees Association (AIBEA) General Secretary CH Venkatachalam, normal operations at branches across all PSU Banks were affected because strike was thrust upon as management and the government was not willing to understand unions' point of view.
"The conciliation meeting with the Chief Labour Commissioner on July 26 did not yield any positive results,"
he added."The unions were ready for meaningful discussion, but the government only tried to justify their present policy decision on banking reforms and hence, there was no meeting point," he explained.
Ashwani Rana, vice president of the National Organisation of Bank Workers, another affiliate of UFBU, said Banks will work as usual on Saturday.
Unions are protesting against FDI in Banking sector and other demands such as no privatisation of public sector banks, he added.
Earlier, industry body Assocham had estimated that the strike would hit transactions worth Rs12,000 crore to Rs15,000 crore.