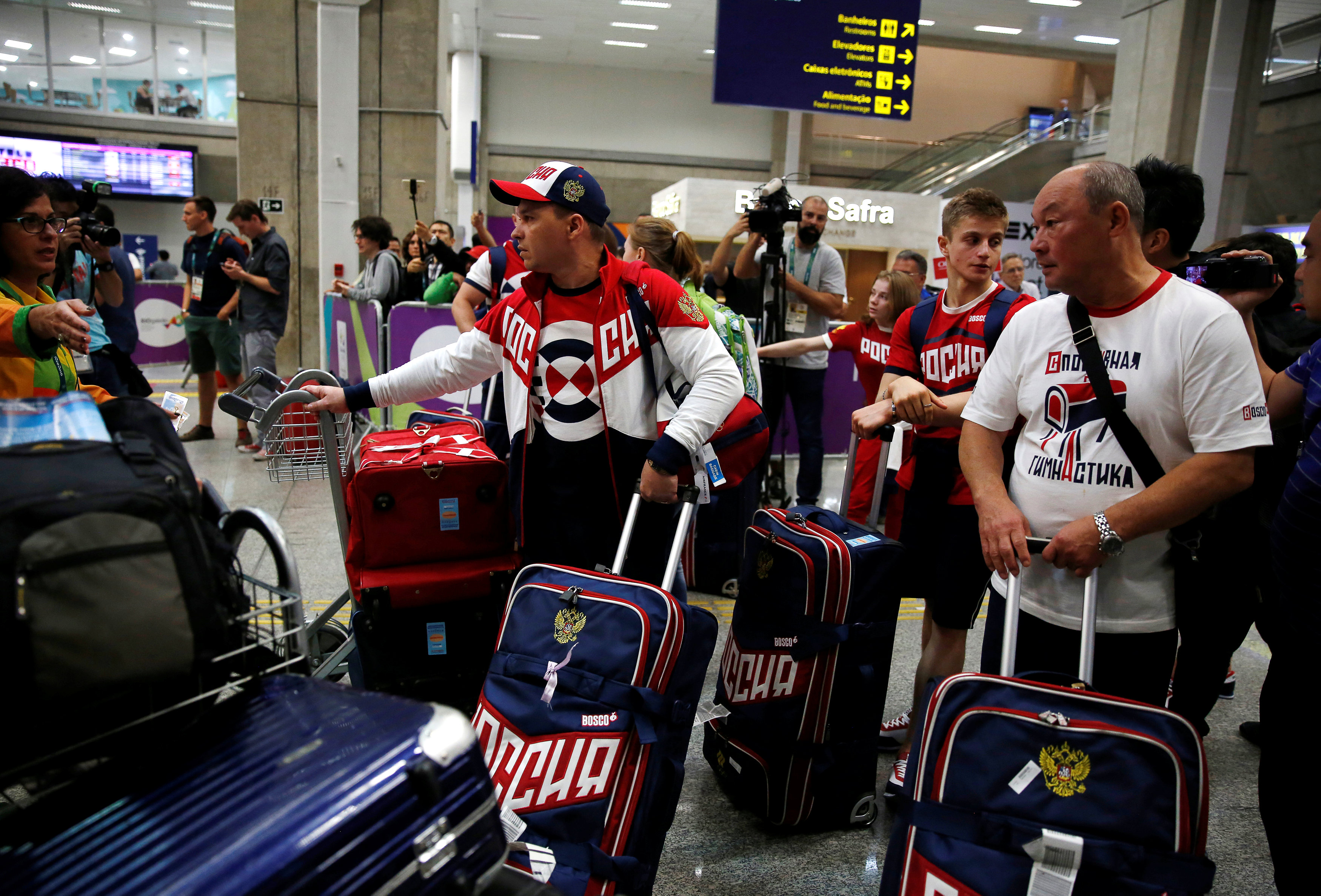 Next Friday, Russians will be among the athletes gathering behind their national flags at the opening ceremony of the 2016 Summer Olympic Games in Rio de Janeiro’s Maracanã Stadium. That was almost not the case. In the wake of revelations by the World Anti-Doping Agency about large-scale state-sponsored doping in Russia, the country avoided an outright ban by the skin of its teeth.
The International Olympic Committee’s decision not to ban all Russian participation, instead leaving it up to individual sports’ governing federations to review each athlete’s record and decide who can compete, has been met with dismay from some and relief from others. For Russian President Vladimir Putin, who has proved highly adept at turning even the worst international humiliation into a propaganda victory for the Kremlin, neither outcome would have been particularly devastating.
To be sure, Putin considers the Olympics – and, specifically, medals – to be very important. Like his old Soviet masters, he conflates athletic glory with military glory. That is why he personally lobbied for Russia to host the 2014 Winter Games in Sochi; the unprecedented $50 billion price tag was well worth it, considering that Russia won the most medals. (It was Russia’s actions during the Sochi Olympics that form the core of the doping scandal.)
This is not to say that athletic glory substitutes for military glory. During the 2008 Summer Games in Beijing (at which it finished third in medals, after China and the United States), Russia grabbed the world’s attention with its brief war with Georgia. After Sochi, Putin, incensed by the ouster of pro-Russian Ukrainian President Viktor Yanukovych, went for the geostrategic gold, annexing Crimea and installing separatist proxies in eastern Ukraine.
What about after Rio? Moldova, which has been making strides to align with the West, is rumored to be next on Putin’s hit list. Taking over Transnistria, a pro-Russia Moldovan enclave adjacent to Ukraine, would be economically challenging for a Russia that is still reeling from the Western sanctions imposed over Crimea. But it would also make a grand statement, and Putin thrives on grand statements.
Belarus is another potential victim of Putin’s revanchist campaign. Run by the autocrat Alexander Lukashenko, who has held the presidency since 1994, the country is supposedly already in the Kremlin’s back pocket. But Lukashenko has long tried to play Russia against the West, to extract the best deals for his country. Since the annexation of Crimea, he has moved more purposely toward the West, though Russia’s recent move to curb oil supplies may be enough to force Lukashenko to rethink that policy.
For Moldova or Belarus, the revelations about Russia’s doping programme and the country’s near-ban from the Olympics could amount to very bad news, as Putin spins them to fit his narrative of persistent Western plotting against Russia. Indeed, the Kremlin and the Russian sports minister, Vitaly Mutko, have accused Grigory Rodchenkov, the former Russian anti-doping official turned whistle-blower, of being a Western stooge. Add to that NATO’s recent decision to send small military units eastward, in order to reassure Poland and the Baltic states, and Russia may well decide that now is the time to create a larger buffer between itself and the West.
Clearly, Putin, a former KGB agent, will not apologise for the doping scandal. As any spy will tell you, lying and cheating in the service of your country are not just acceptable; they are the entire point of the clandestine services. Fittingly, the state-sanctioned doping regime was overseen by the FSB (the KGB’s successor).
Like spies, strongmen have little affection for fair play – and Putin is both. No propaganda machine can function in a country where politics are free, fair, honest, and transparent. And propaganda is critical to enable a leader to consolidate power to the degree that Putin has.
But, in Putin’s view, he is no different from any other leader, democratic or otherwise. The recently leaked Panama Papers exposed the use of offshore bank accounts and shell companies to conceal wealth and avoid taxes by everyone from the prime minister of Iceland to the father of former British Prime Minister David Cameron. Putin’s close associates were just a few names on a long and varied list. The lesson, according to Putin, is that everybody lies, yet somehow only Russians become villains.
So, for Putin, getting caught cheating is a mistake, but nothing to be ashamed of. And being punished for cheating simply exposes the hypocrisy of those doing the punishing. In this sense, an outright ban on Russian Olympians could have been even better for Putin’s domestic standing – and even worse for the countries on which he has his eye.
Now that Russia’s athletic dreams have been revived, to some extent, Putin may be prepared to suspend his quest for military glory temporarily – not least out of fear that the 2018 FIFA World Cup, awarded to Russia, could be moved elsewhere. And, indeed, Putin has been pretending to take the doping allegations seriously, even asking the Russian Olympic Committee to create an independent anti-doping agency.
But even that move is aimed at bolstering Putin’s standing, not kowtowing to outsiders, as it sends the message that, even in the face of injustice, Russia, great country that it is, is showing grace and munificence. Meanwhile, the fact that Russian athletes will “unfairly” face extra scrutiny at the Rio Games provides the perfect cover for a potentially poor showing.
There is no question that Putin is a master manipulator. But his spin on the extra scrutiny of Russia probably carries fewer risks than would his interpretation of an outright ban. The question is whether Russia, fearing harsher repercussions, will actually think twice. - Project Syndicate 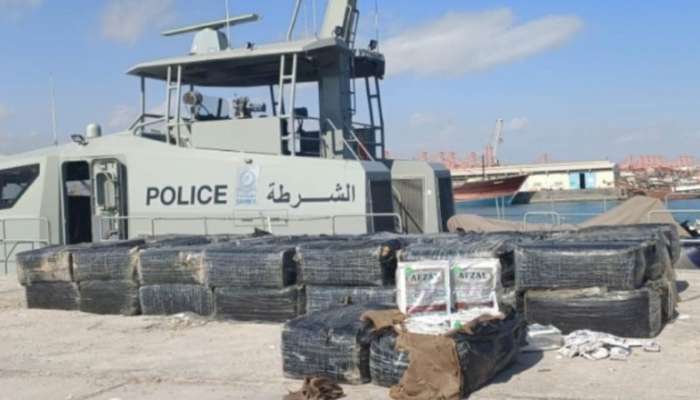 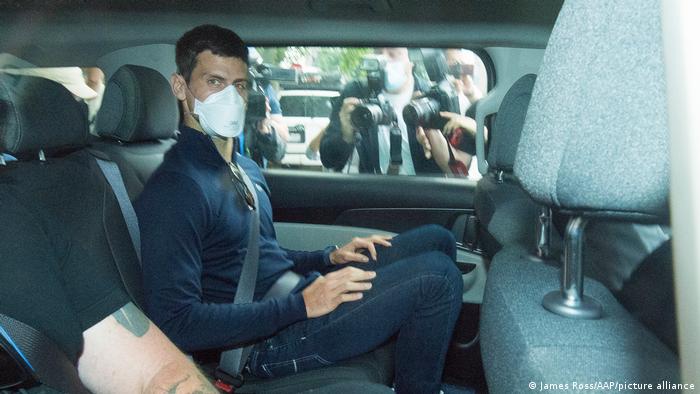