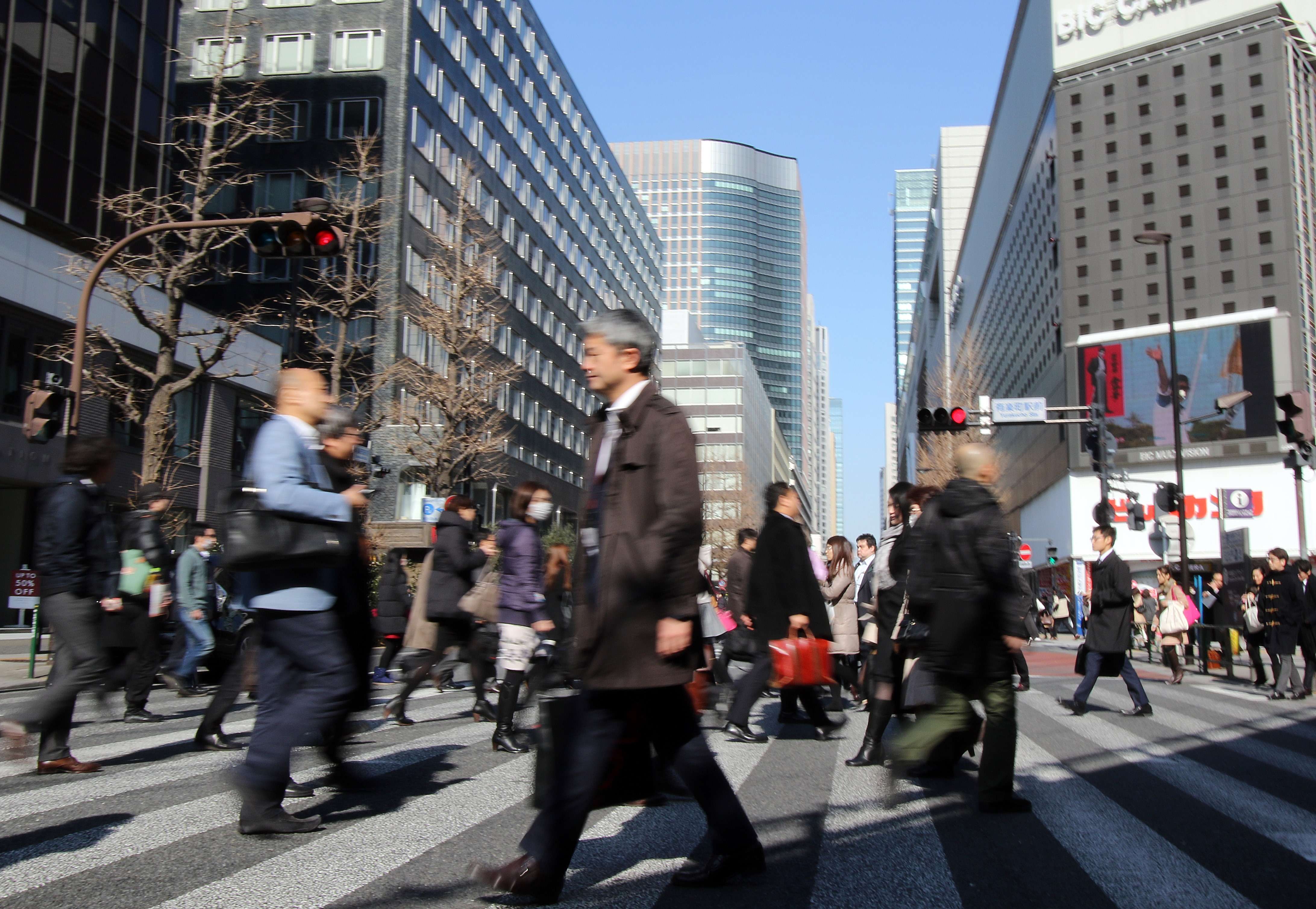 The Bank of Japan's next policy-making meeting, scheduled for July 28 and 29, has become interesting. It is ever clearer, from the noises emanating from the global chattering classes, that a convergence of unconventional monetary policy and fiscal policy is coming sooner or later -- in the form, most likely, of a monetisation of infrastructure stimulus. Could this be about to happen in Japan?
After his Liberal Democratic Party emerged victorious in parliamentary elections earlier this month, Prime Minister Shinzo Abe followed up with talk of a new stimulus package. Estimates of its size range from 10 trillion to 20 trillion yen (about $94 billion to $188 billion), far exceeding the 250 billion yen the Ministry of Finance has said is available for such purposes. Could the difference be made up by taking Ben Bernanke’s suggestion -- laid out in an April blog post -- of explicitly monetising infrastructure spending via the central bank?
Such a move would certainly fit the agenda of Bank of Japan Governor Haruhiko Kuroda, who badly needs a new “shock and awe” strategy after a January foray into negative interest rates disastrously failed to boost markets and inflation expectations (according to a recent BoJ survey, the latter have hit their lowest point since late 2012, before Kuroda took office). It would also suit the Ministry of Finance, which wouldn’t have to include the spending in its budget.
This is why it is interesting that both Abe and Kuroda met with Bernanke in Tokyo earlier this month. The possibility is growing of some form of “Money-Financed Fiscal Program,” to use the exact jargon favored by Bernanke.
What are the market implications? Japanese stocks would get a bid. It is also likely that the yen would sell off sharply. This is why the risk-reward ratio still supports shorting the yen at its current level, even though the currency has already depreciated against the US dollar on speculation that something is stirring.
Still, the quadrillion-yen question is how the yield curve will behave, given that 40-year Japanese government bonds currently yield only 0.34 percent (though up from a record low of 0.07 percent on July 6) and the curve is negative out to 15 years. Logically, bonds should sell off given that a real monetisation of infrastructure stimulus should be liquidity expansionary. But the devil will be in the details of what is actually announced. If Japan opts instead for a conventional infrastructure stimulus -- with, say, specially issued infrastructure bonds sold to investors -- there will be nothing like the same impact on markets. Indeed the yen would probably rally.
It is certainly possible that with bond yields so low, Abe will prefer conventional financing via bond issuance, since debt servicing costs will be minimal. Also, Abe will not be unduly swayed by the Ministry of Finance’s budgetary concerns. He has stopped paying much attention to ministry officials ever since they wrongly told him that the economy would not be negatively affected by the April 2014 sales-tax increase.
Still, it is likely that an increasingly desperate Kuroda will press for monetisation, using Bernanke’s presence to support the case. As a natural Davos man, Kuroda will certainly be aware of Bernanke’s proposals and similar ones made elsewhere -- indeed, Bernanke was probably invited to Tokyo to consult. Given that the Japanese would typically prefer not to be the innovators, and would rather follow the Fed, Bernanke’s advocacy would certainly help support the case for action.
Meanwhile, Kuroda seems likely to retreat from negative interest rates. It is worth noting that bank deposits at the BoJ have actually risen by about 20 percent since the central bank began to take rates negative in mid-February -- a further illustration that the policy has backfired spectacularly. As for the BoJ’s buying of government bonds, this policy has become even harder to execute as trading volumes have collapsed and Japanese banks have become increasingly reluctant to sell. This is in part because major banks have already sold down more than half of their existing government-bond portfolio, and in part because the banks are reluctant to part with long-dated bonds that still have a positive yield.
This raises the pertinent issue of whether the Bank of Japan has reached the practical limit of its government-bond-buying program, which currently targets 80 trillion yen in purchases relative to estimated annual net new issuance of 34 trillion yen. The central bank has always insisted that it is not engaging in monetization, stressing that it buys bonds only in the secondary market -- which means that the seller of the bonds forfeits a claim to that asset and there is no net expansion of liquidity. This contrasts with what would happen if the BoJ bought bonds in the primary market on an open-ended basis. Such a process would be highly inflationary and, sooner or later, would be viewed by the markets as such.
This is why Japan is a candidate for monetization of infrastructure stimulus. Kuroda is looking for a new alternative form of monetary easing, given that he has reached the limits of responsible government bond buying and his initial move to impose negative rates elicited the opposite of the desired reaction (that is, it strengthened the yen, weakened the stock market and proved politically very unpopular). Certainly, if he does nothing or just buys more shares in exchange-traded funds, markets are not going to be impressed.
To calm potential concerns about the government's fiscal integrity, Kuroda -- or other central bankers who opt to monetize infrastructure spending -- will doubtless be at pains to describe the process as a “one off." But the further along the unconventional route these experimenting central bankers venture, the greater the risk that financial markets will question whether they have the ammunition to counter lackluster growth (a process which is already well under way) or even lose all confidence and start viewing central bankers as instruments of instability rather than stability. - Bloomberg View