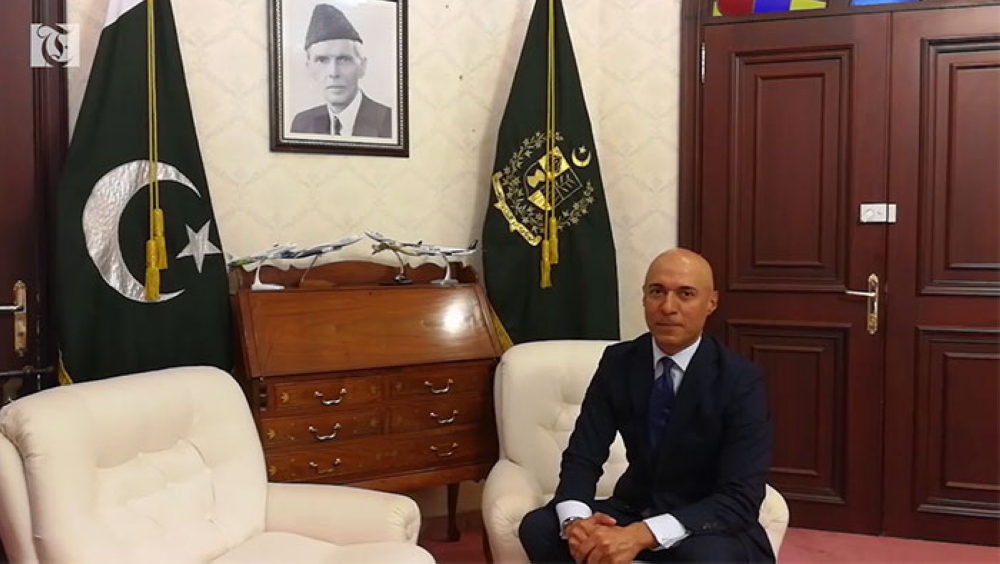 Muscat: On the 71st Independence Day of Pakistan, the Ambassador of Pakistan to Oman, Ali Javed, brought to light one of the major highlights of the year.
“The highlight of this year would be the success of both countries in bringing in their foreign ministers to co-chair the joint economic dialogue between Pakistan and Oman,” said Javed.
Stating that it is special, as it will be led by the foreign ministers of both countries, he said,
“Many sessions have been held in the past, but this is the first session that would be led by the foreign ministers. This is likely to take place by the turn of 2019, as early as January. Should that happen, it will be an unprecedented achievement in our bilateral relations.”
The session, which will discuss the bilateral relations between the two nations, has very wide scope. “Given the significance of the dialogue, we are going to cover all facets of our bilateral cooperation with emphasis on human relations, human exchanges and bilateral trade,” he said.
Disaster management
Among the many Memorandums of Understanding (MoU) being signed between the two countries is one that can help identify natural calamities in order to prevent or reduce the damage caused by them. “Pakistan and Oman are prone to natural calamities as a result of their geographical locations. Therefore, there is a very crucial MoU that is being finalised, which is regarding an early warning system on storms and earthquakes,” Javed said, adding, “The meteorological department of Pakistan will be cooperating with the meteorological department inside SQU and both experts will initiate the exchange of both former and prospective data to prevent our civilian population from any harm.”
Ferry service
Another MoU close to being finalised is the ferry service between Gwadar and Oman. “Pakistan and Oman are also very close to finalising MoUs, which could see the ferry service between Gwadar and Oman. Technical experts have now formed committees to look into it. It may not be the most financially viable project, but it is very significant as far as human relations are concerned. The ferry will take 12 hours to reach Gwadar from Oman,” he said.