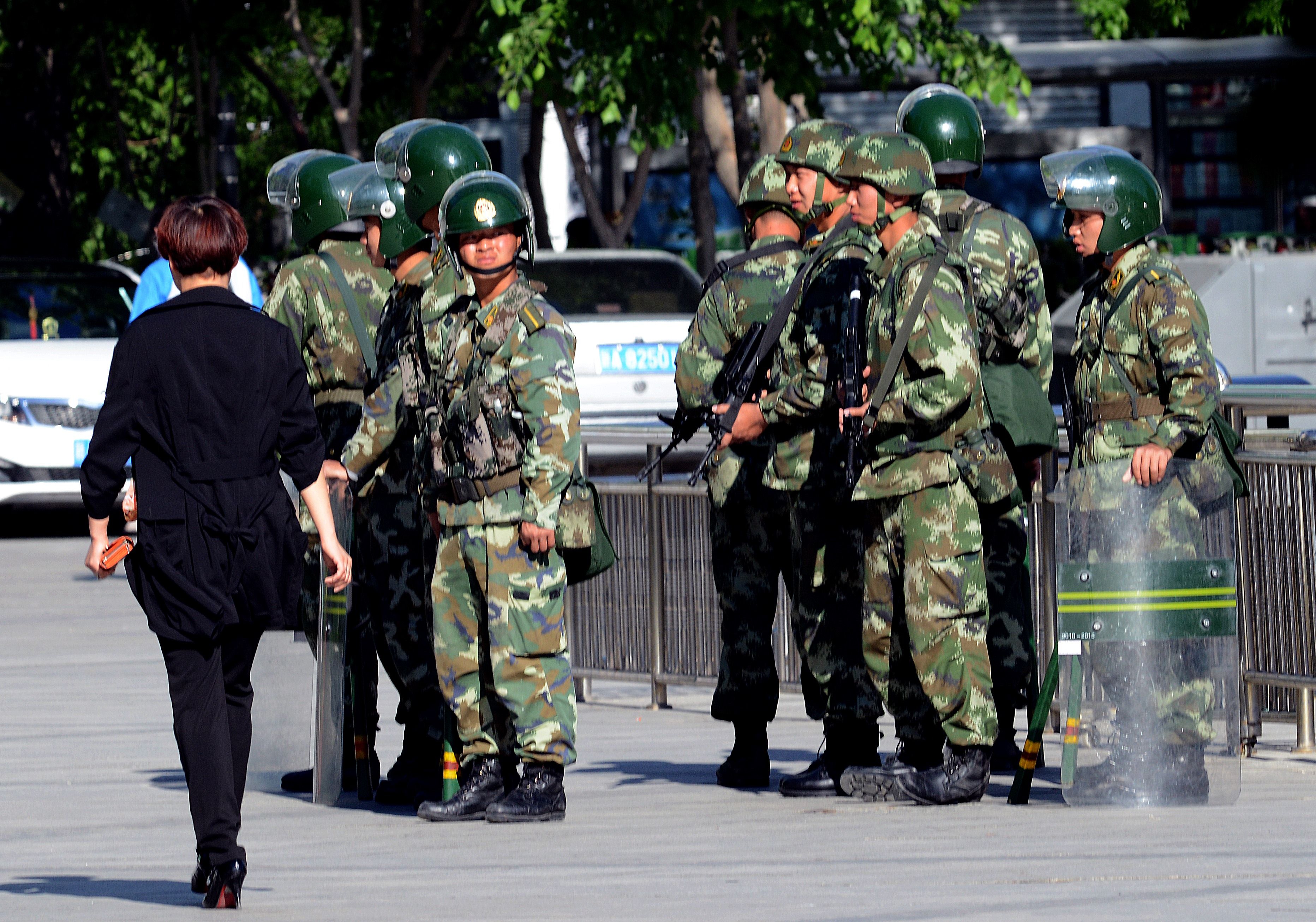 Beijing: Britain has listed the East Turkestan Islamic Movement (ETIM) as a terrorist organisation, pleasing China, which had demanded Western support for its fight against a group it says seeks to split off its western region of Xinjiang.
Britain's Home Office, or interior ministry, on Friday designated ETIM, which it also called the Turkestan Islamic Party (TIP) trying to create an "independent caliphate" in Xinjiang.
The United States and the United Nations have listed ETIM as a terrorist group, though there is some discrepancy internationally over whether ETIM and TIP are the same entity as China says, and experts have questioned their cohesiveness.
Western countries have long been reluctant to share intelligence with China or otherwise cooperate when it comes to counter-terrorism in Xinjiang, saying China has provided little evidence to prove ETIM's existence and citing worries about possible human rights abuses.
The addition of ETIM to the list of proscribed organisations comes as leaders from China and Britain have proclaimed the countries are enjoying a "golden age" in relations.
The Home Office said the group was based in tribal regions of Pakistan, had claimed responsibility for attacks in China, "maintained an active and visible presence in the Syrian war".
China's Foreign Ministry welcomed the designation.
"We are willing to work with Britain and other parties to increase practical counter-terrorism cooperation and resolutely crack down on international terrorist forces," the ministry said in a faxed statement.
China's state-owned Xinhua news agency also praised the British decision but said it came "a bit late".
Hundreds have died in violence in recent years in Xinjiang, home to the Muslim Uighur people.
Beijing blames the bloodshed onextremist militants and separatists, though rights groups say the unrest is more a reaction to repressive Chinese policies.
"Regrettably, some western countries not only fail to recognise these East Turkestan terrorist groups as illegal, but also secretly aid them, using them as a chess piece to contain China," Xinhua said in a commentary.
The US State Department, in its annual report on terrorism around the world, said there was a lack of transparency or information from China about incidents Beijing called terrorism, and said counter-terrorism cooperation was limited.
It has also criticised Chinese restrictions on religious expression in Xinjiang, like banning veils for women.
Last week, Premier Li Keqiang called for greater global cooperation against terrorism.
Dilxat Raxit, a spokesman for the World Uyghur Congress, the main Uighur exile group, said in an email that Britain had given China the pretence it needed to "increase its crackdown on Uighurs".
"In China, any Uighurs that are unhappy with China's systematic policies of suppression are all accused of terror, but China is incapable of providing any evidence able to stand up to transparent examination," he said.