Social security cover not enough for needy in Oman 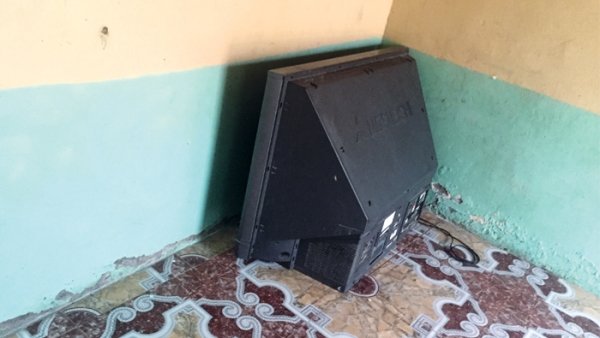 Muscat: In a shell of a house, where bathrooms have no windows and a broken dusty TV is lying in the corner of a room, a wrinkled old woman, unsure even of her own age, has no support.
“I live in this thing alone. No one helps me and water is dripping everywhere in my bathroom. I am afraid the house will collapse anytime.”
You can hear it in her tone. She has lost everything.
She receives OMR200 a month from her late husband’s pension, but half of it goes for the payment of her daughter’s car.
With only OMR100 and children who have abandoned her, the old Omani woman relies entirely on charitable groups in one of the poorest neighbourhoods in Al Amerat.
She may not realise it, but the group she relies on in her darkest hours is also struggling.
Charity groups in Al Amerat are getting 50 per cent less funding from authorities in 2016, cuts which have directly affected the lives of more than 2,000 underprivileged families in the wilayat.
Austerity measures have left people with lots of goodwill short of funds in a city that houses around 60,000 people.
Earlier, the Oman Charitable Organisation (OCO) was allocating OMR40 coupons to 1,200 families every month in the wilayat—a lifeline for those with nothing.
Now, only 600 families are receiving OMR34 coupons, according to Sami Malallah Al Haj, head of the Media Committee of the Tarahum team, the official charitable group of the wilayat, which works under the umbrella of the Wali’s office and the Ministry of Social Development.
According to an official at OCO, 60,000 coupons were issued during Ramadan 2016.
Behind the poverty lies a series of bad decisions, alcoholic fathers and social problems that are deep rooted in Oman’s capital, which houses 8,109 cases of social security and received nearly OMR12,000,000 in social security funds in 2015.
“Most of the underprivileged families live without a breadwinner—the father is either dead or divorced,” Al Haj noted.
He further said that the average number of members per family is around six. Around 30 per cent of the families, he stated, have alcoholic fathers, who can’t find jobs and become a burden for the other family members.
“Social problems lead to financial issues,” Al Haj explained.
Interestingly, some people seem to take advantage of the authorities’ generous support.
Low-income families
He explained that one of the low-income families own four brand new cars, while their bank account is reeling under the pressure of more than OMR40,000 taken out in loans.
“They call us every now and then asking for house ration and food aid,” Al Haj complained.
While some homes are marred by social issues, illegal marriages and unemployed fathers, you can see new cars worth more than OMR10,000 parked under wooden garages outside these homes.
Al Haj said some employed people in these communities leave their jobs before actually searching for another, which ultimately leave them jobless for long period of time.
It is worth mentioning that a local hypermarket in Al Amerat offers temporary jobs for the unemployed, but “most of them refuse to work there,” according to Al Haj. Responding to the call of duty, a handful of volunteers had started small charitable groups in the city to support the needy.
However, Al Haj said it is illegal to run such groups without a legal permit from the Ministry of Social Development.
Yahya Al Rahbi, an Omani national who works at the Al Ihsan grocery shop in Al Amerat, he said the market is the only one trading coupons for foodstuff.
“I did not receive any information about people selling these vouchers.
“They are granted by the Oman Charitable Organisation to the authorities in Al Amerat and we receive our money from them every month,” Al Rahbi added.
In Oman, the government allocated OMR131,861,847 million to more than 84,000 people as social security payments in 2015, according to the National Centre for Statistics and Information (NCSI).
This comes to around OMR130 in monthly wage per family.
In 2011, there were around 71,000 people covered under social security, but the number has been gradually increasing and hit 84,919 in 2014, before dropping slightly to 84,644 last year.
North Al Batinah, the governorate with the highest population in the Sultanate houses around 25 per cent of the total social security beneficiaries in the country.
People eligible for social security are widows below 60, who don’t have a source of income, families of inmates, who will serve more than three months in jail or a family that has no other breadwinner.
Orphans below 18, the elderly over 60 without an income, handicapped people, and divorcees below 60 are among the people, who are entitled to the social security fund, according to Omani law.
Therefore, women account for 58 per cent of social security beneficiaries in the Sultanate.