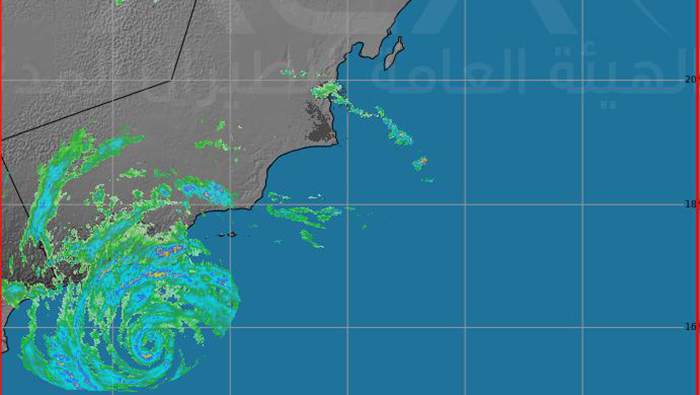 Muscat: Cyclone Mekunu will hit Salalah between 1:00 pm to 4:00 pm on Friday, according to a senior official at the Public Authority for Civil Aviation (PACA) at Salalah.
The latest weather alert from the Public Authority for Civil Aviation (PACA) also stated that Cyclone Mekunu intensified into a Category (2) storm. The head of PACA at Salalah told the Times of Oman that Salalah will be one of the worst affected places in Dhofar.
"The cyclone will hit Salalah between 1:00 pm and 4:00 pm. Strong winds will come by 1:00 pm and as it goes further it will increase. All areas from the east to the west of Dhofar will be affected, but the most affected areas will be Salalah and the west."
Weather charts showed wind speeds would range between 80 to 85 knots with continuous cloud advection and heavy rain. According to the alert posted by PACA, “Latest observations show that tropical cyclone Mekunu has intensified to Cat 2 with wind speed ranging between 80 to 85 Kt."
The sea state will be rough along Dhofar and Al Wusta coasts with the maximum wave height reaching between 8 and 12 metres, and it will also be rough along the South Al Sharqiyah coasts with the maximum wave height between 3 and 4 metres.