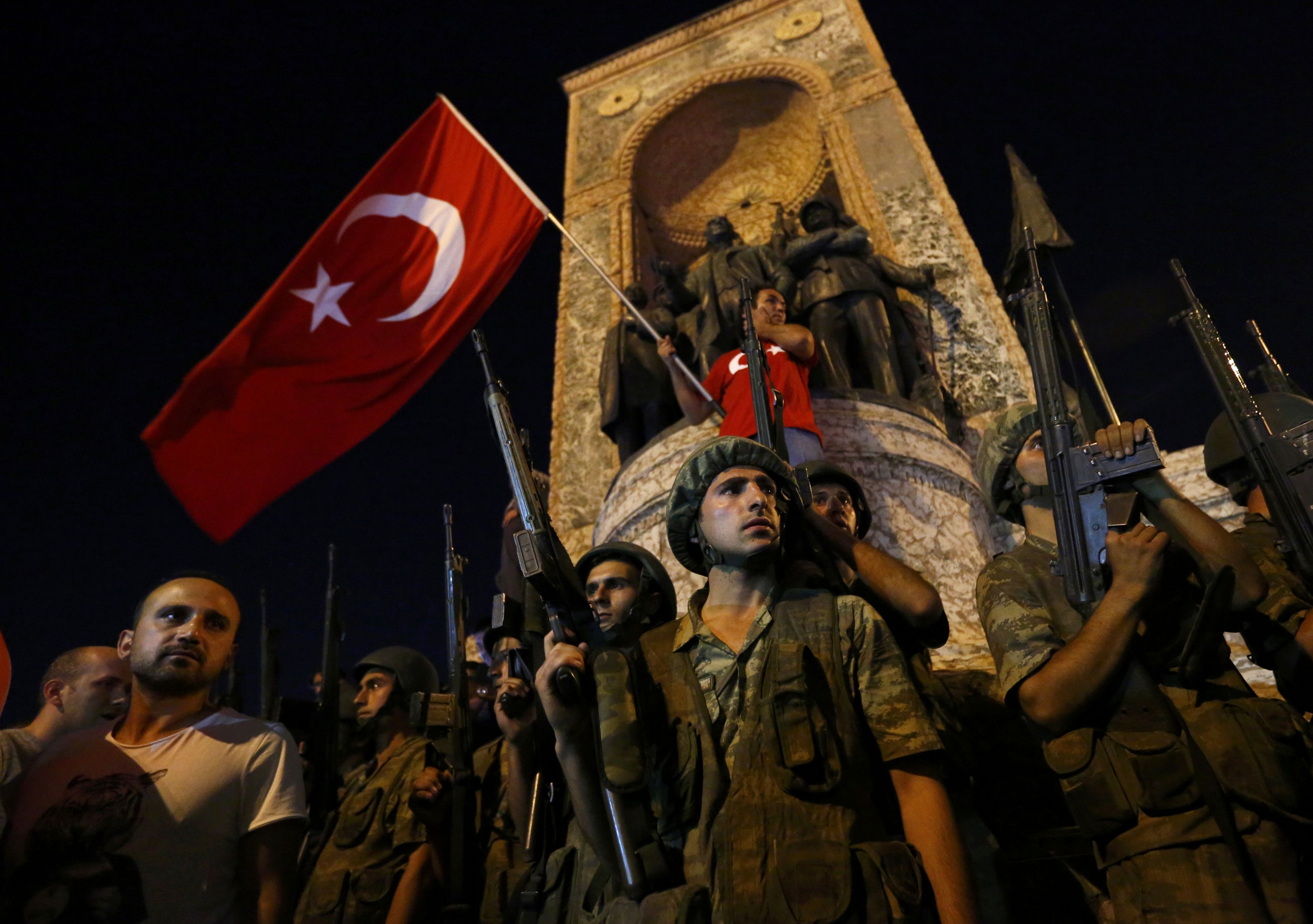 Istanbul: A Turkish F-16 fighter jet shot down a military helicopter being used by a faction within the army attempting a coup over the capital Ankara early on Saturday, broadcaster NTV said. The state-run Anadolu agency meanwhile said 17 police officers had been killed in an attack on their offices in the city. Reuters was unable to immediately verify the report.