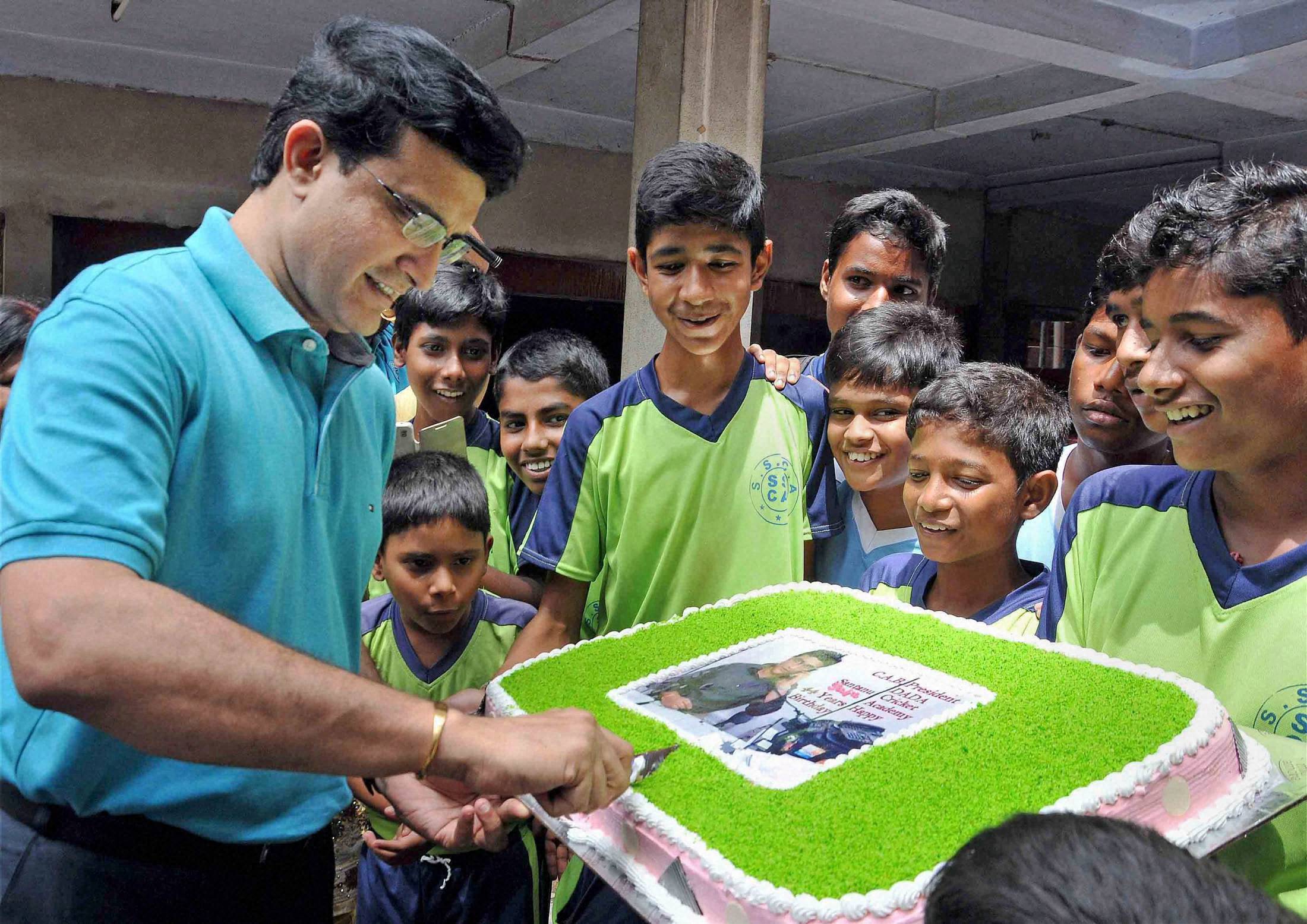 Kolkata: Former Indian captain Sourav Ganguly turned 44 on Friday and birthday wishes poured in from all quarters for one of the country's most celebrated cricketers.
'#HappyBirthdayDada' trended on Twitter for the former batsman, who was the most successful Indian captain before the feat was surpassed by the present limited-overs skipper Mahendra Singh Dhoni.
ndian head coach Anil Kumble, a former teammate and captain, was among the first to wish Ganguly on his official twitter handle, "'Happy birthday @SGanguly99! May the almighty shower lots of love and blessings!'" Former Test opener Virender Sehwag, who feels Ganguly sacrificed the opening slot for him, also followed suit: 'HappyBirthdayDada @SGanguly99. May you keep on helping India wave our flag high,just like u waved ur shirt at Lords.' Ganguly's another famous teammate Yuvraj Singh also wished "cricket's biggest Dada". "Sourav Ganguly is the one who asked Virender Sehwag to open the batting in Test Cricket and rest is history..."
"Here's wishing a very Happy Birthday to former #TeamIndia captain @SGanguly99 #HappyBirthdayDada," the BCCI wrote in its official Twitter handle. West Bengal chief minister Mamata Banerjee also wished Ganguly on twitter. "Wish you all the success and happiness in life."
Credited for changing the image of Indian cricket -- 'being tigers at home and lambs overseas' -- Ganguly took charge of the Indian team following the match-fixing scandal in 2000 succeeding Mohammad Azharuddin. Ganguly, who had made a memorable Test debut with a century at Lord's in 1996, went on to claim 11 wins from 28 away Tests, a record by any Indian captain. Ganguly amassed 7213 runs in 113 Tests and 11,363 runs from 311 ODIs.
Ganguly also led India to the finals of ICC Champions Trophy in 2001 (Sri Lanka), ICC Cricket World Cup 2003 in South Africa, and won the famous NatWest series against England after which he celebrated by taking off his shirt at the Lord's balcony.
He retired from International cricket in 2008 during the home series against Australia and currently leads Eden Garden in an administrative role -- Cricket Association of Bengal president. Ganguly's fans also celebrated his birthday at the Behala residence of the 'Prince of Kolkata' by cutting cakes. A 10-kg customised cake with photo of Ganguly talking on phone sitting on the Eden Gardens outfield was specially prepared by his fan club run by Santanu Saha Cricket Academy. "We celebrate his birthday in a grand way since 2001 (when he beat Australia) and Ganguly always obliges by cutting the cake," Santanu Saha said surrounded by Ganguly's fans.