Car seats for kids to become law in Oman 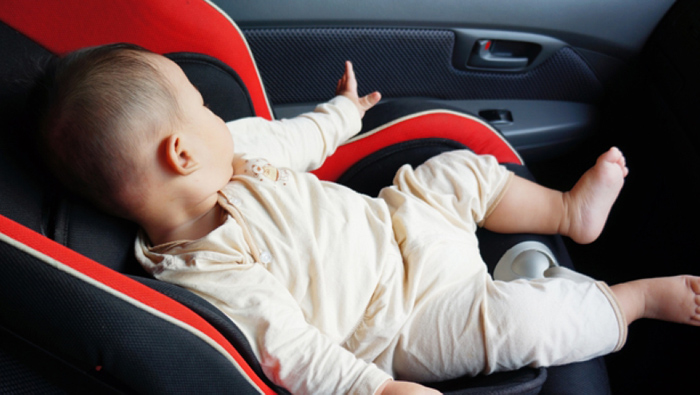 Muscat: Car seats for children under the age of four will be compulsory in Oman from March 1, according to the police.
Residents in Oman, who don’t secure their children in car seats while they’re on the road will be penalised, according to a new law issued by the Royal Oman Police (ROP).
The new law comes into effect on March 1, and states that not using a car seat for children under the age of four will be a category four offence, which could cost people a fine, which would rise on repeat offence.
Ali Al Barwani, CEO of Oman’s Road Safety Association (ORSA), said this was a defining moment in making the Sultanate’s roads safer.
“With each law, there is an execution regulation, which provides details on the fines and looks at how the law will be put into place,” he said, adding, “This is done by Royal Decree, in this case to the ROP, who will be implementing and monitoring this law. There is a point system for licences now, and car seats will be part of this points system. If this is going to be put into place, this will be really great for the country, and I believe they are going to be putting this in place from March 1.”
“This is something that may be a bit surprising for some people, but this is good, and ORSA have also been pushing for this for over two years,” he added. “We will see how they will enforce this law in the future. The police have already had many awareness campaigns in the past regarding this, and we are glad this is being done, because it is good for the community, the people and for road safety. We have to introduce more awareness campaigns so that people know they have to keep their children safe.”
Oman’s legal experts and road safety campaigners have been raising awareness on the issue in recent months.
The current Omani Penal Code, Article 217, states that a person who puts a child below seven or a vulnerable person in a dangerous situation or abandons him/her shall be jailed for a minimum period of three months and up to one year. The punishment is doubled if the offence is committed by the child’s parents or guardian.
Assistant Attorney General Nasser Al Riyami said, “The traffic law needs a similar article to the Penal Code Article 217. Any person allowing a child to sit in the front seat, on laps or behind the steering wheel must be penalised.
“I wonder how some drivers allow their children to play in the front seat. I have a 10-year-old daughter and I always make sure she is safely seated in the back,” he added. Parents are keen to see the new law implemented in Oman.
“We use it for their safety,” said Abu Hamid . “It is for their comfort and for ours. We learned about the importance of car seats from the campaigns and understood the dangers of not having one through our jobs. We were exposed to information on safety and how to protect them in the vehicle.
“Even when we travelled to other countries, it was a law there to have them in car seats,” he added. “I suggest every person that has a child buy the proper car seats today, not tomorrow, to protect their children. A simple push of the breaks could affect the children.”
Um Khalid, an Omani mother of three, said, “It is just the right thing to do. Using the seats makes it easier for both the children and the parents. It also makes them more comfortable and safe in the car, and is very convenient. We are just used to it. If none of my children are restrained, it makes me very nervous. I just got my licence a year ago, so I want everybody to wear seatbelts. Sometimes they refuse, but they know it is a must.”
According to the 2017 figures released by the Royal Oman Police and the Directorate General of Traffic, some 4,721 accidents took place in 2016, with 2,076 of them due to collisions, and a further 1,125 taking place owing to collisions with fixed objects. Some 692 deaths and 3,261 injuries took place on Oman’s roads in 2016.
One out of every 10 deaths due to accidents in 2016 were children aged 15 and under. Drivers on Oman’s roads suffered 1,729 injuries and 298 deaths, while a further 1,206 passenger injuries and 238 deaths also occurred.
However, there has been an 18.4% drop in accidents in 2017. At the end of November 2017, 3,478 deaths occurred between January and November, down from 4,260 during the same period last year.