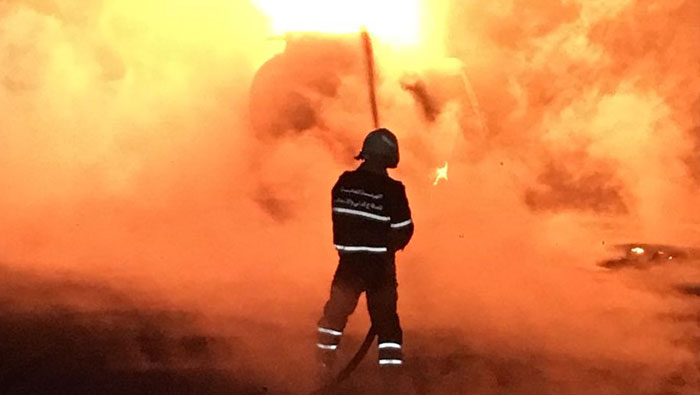 Muscat: One person was taken to hospital after a fuel tanker caught fire in Al Suqam, officials said.

The blaze, on Al Amerat Rd, was tackled by firefighters from the Civil Defence and Ambulance Centre who managed to extinguish the fire. The injured resident was taken to hospital.

"For users of Al-Amerat road in the direction of Qaryat, a fuel tanker deteriorated and ignited on the old road in Al-Sawaqim area with traffic Interruption on the same track, please take care and attention." Royal Oman Police announced.

The firefighters of the Civil Defense and Ambulance Centers managed to extinguish a fire in a fuel tanker in Al-Suqam area on the general road of Qaryat with an injured person who was transferred to the hospital. The fire engines are still in the process of cooling." ROP traffic update.