NASA to test nuclear-powered spacecraft by 2027 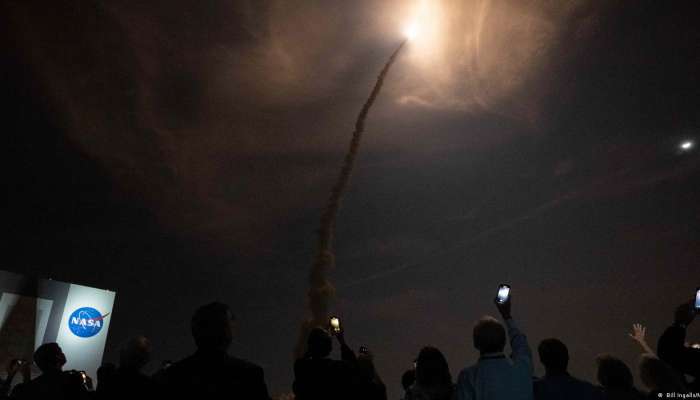 Washington: NASA will partner with the US military's research and development agency, DARPA, to develop nuclear-powered rockets that could fly astronauts to Mars.

NASA says it could allow spacecraft to travel faster, reduce transit time, and have other benefits such as increased payloads on missions.

Administrator Bill Nelson said Tuesday that the US space agency could "develop and demonstrate advanced nuclear thermal propulsion technology as soon as 2027."

"With the help of this new technology, astronauts could journey to and from deep space faster than ever, a major capability to prepare for crewed missions to Mars," Nelson said.

A trip to Mars from Earth using the technology could take roughly four months instead of some nine months with a conventional, chemically powered engine, engineers say.

NASA abandoned nuclear thermal propulsion technology about 50 years ago due to a lack of funding and a shift in priorities toward developing chemical rocket engines for the Apollo program.

There were also safety concerns.

"As an added safety precaution, DARPA plans to engineer the system so that the DRACO engine's fission reaction will turn on only once it reaches space," it said in a statement.

NASA successfully tested its new-era Artemis spacecraft last year, the first step toward putting humans back on the moon and then Mars.

The nuclear thermal rocket engine would, however, first be tested on DARPA's experimental spacecraft. The US Space Force plans to provide the launch for the demonstration mission.

Tabitha Dodson of DARPA said, "We will conduct several experiments with the reactor at various power levels while in space, sending results back to operators on Earth, before executing the full-power rocket engine test remotely,"

Meanwhile, NASA would continue its Artemis program, sending a manned mission to fly around the moon sometime this year before landing "the first woman and next man on the moon by 2024."

NASA believes the agency could be ready to send humans to Mars by the late 2030s.