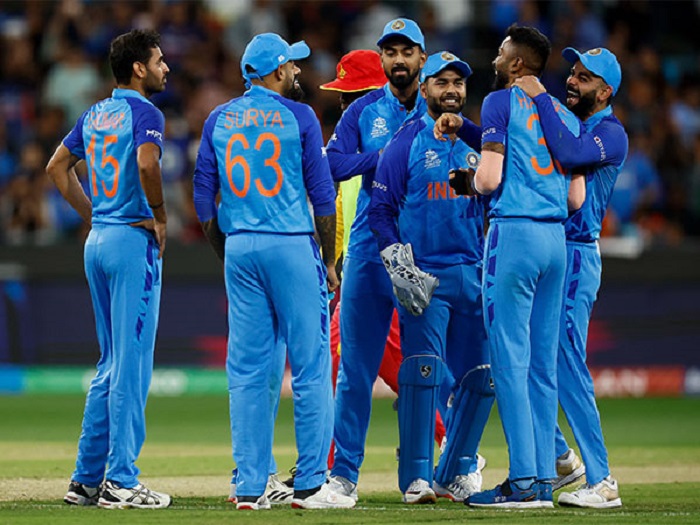 New Delhi : Team India enters the year 2023 with hopes of putting the disappointments of the 2022 Asia Cup and ICC T20 World Cup behind and offering the fans what the pair of skipper Rohit Sharma and head coach Rahul Dravid had shown promise of. It will also be an year while veterans like KL Rahul, Virat Kohli, Rohit Sharma, Shikhar Dhawan will be looking forward to making the most of their opportunities to regain their best form. Just like every year, new stars will be made and who could they all be, remains a question.

There is a packed schedule for Team India this year, be it at home or away. India will start off its schedule with a white-ball series against Sri Lanka at home from January 3 to 15. The series against Asian champions will consist of three ODIs and three T20Is. Hardik Pandya will be leading the T20I squad with Suryakumar Yadav as his deputy, while Rohit will take over the reins in the ODI series with Pandya as his vice-captain.

Men in Blue will be looking forward to avenging the Asia Cup exit and clinching both trophies.

After this, New Zealand will tour India for a three-match series in T20Is and ODIs from January 18 onwards till February 1. After the white-ball series held in New Zealand faced disruptions and abandoning of matches due to rain, fans will be hoping that they get to watch these two quality team play all six matches in its entirety.

Perhaps India's biggest assignment at home will be the defence of the Border-Gavaskar Trophy. The home series against the Aussies will consist of four Tests and 3 ODIs. With plenty of star power across both the sides, this series will no doubt be a treat to the eyes. The test series will be important in determining India's road to the World Test Championship final and if they win it by a big margin, they could be playing the summit clash for the mace at the 'Home of Cricket', The Lord's in June this year.

India will kick off their away season with a tour of the West Indies in July, when they play two Tests, three ODIs and three T20Is. After hosting Australia for limited overs series, India will embark on their next full tour in December 2023 to South Africa.

India will also be keen to recapture the Asia Cup after a round-of-four exit last year. It will take place in a 50-over format this year. Dates for this event have not been announced officially.

The 2023 edition of the ICC Cricket World Cup will be the prize India will be no doubt, going all guns blazing. The event will be held from October-November 2023 and will serve as the final big event of the year.

India will be hosting the event in its entirety for the first time, having co-hosted the 1987, 1996 and 2011 events. Men in Blue led by Rohit Sharma will be aiming to go all guns blazing in home conditions to capture cricket's biggest prize for the third time and their first ICC major title since the 2011 World Cup.