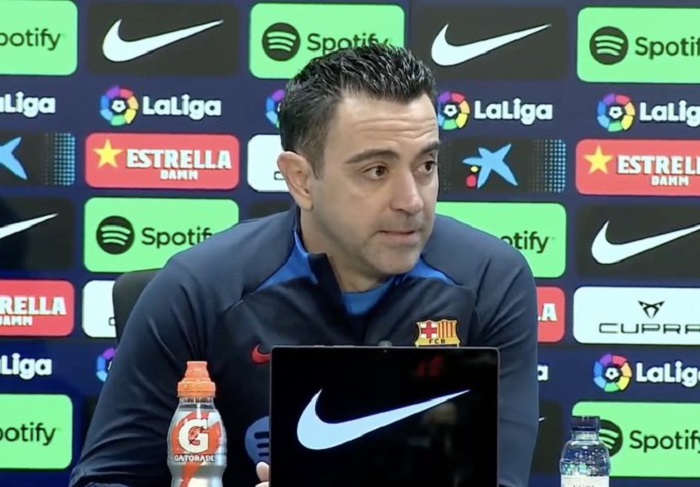 Barcelona : Barcelona managed to reach the top spot in the points table despite a 1-1 draw against local rivals Espanyol at the home ground of Camp Nou in their La Liga match on Saturday.

Real Madrid took the top spot in the standings after a 2-0 win over Real Valladolid, which made it important for Barcelona to secure a positive result against Espanyol. Marcos Alonso gave Barca an early lead in the seventh minute. The home side started strongly, Alonso's header after a corner was met with loud cheers from the fans.

Xavi Hernandez led side dominated the ball possession and their passing was on point. But for the rest of the first half, they could not convert their chances into actual goals.

Barca managed to continue their domination after the break. But Alonso's foul to Joselu turned him into a villain as the opponents got a penalty and Joselu himself wasted no time to hit an equaliser in the 73rd minute, rolling the ball straight down the middle.

The equaliser caused tempers to flare up as Barca's Jordi Alba was sent off after two straight yellow cards for protesting against the referee. Vinicius Souza of Espanyol was also shown a second yellow card for fouling Robert Lewandowski.

Leandro Cabrera was also shown a red card for kneeing on Lewandowski but a VAR review overturned the decision.

Barca is on top of the points table with 38 points, having won 12 out of 15 matches, drawn two and lost one. Real Madrid is at second spot with same statistics, but have conceded more goals.