Europe-ASEAN relations: What to expect in 2023 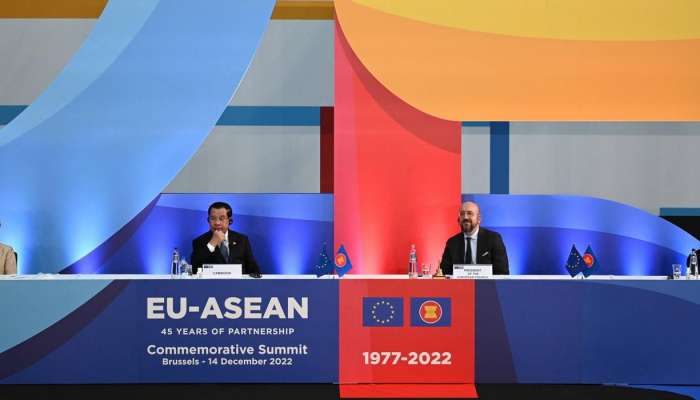 Brussels: On December 14, leaders from most European and Southeast Asian countries met for a summit in Brussels for the first time. It was a symbolic display of how far relations have improved in the 45 years of relations between the EU and the 10-member Association of Southeast Asian Nations (ASEAN).

Relations were elevated to a "strategic partnership" in late 2020 and bilateral trade in goods increased by nearly 14% in 2021. And having ended 2022 on a high note, "policymakers in both regions are expected to keep up the upbeat tempo in relations both in terms of content and high-level meetings," said Shada Islam, a Brussels-based commentator on European Union affairs.

Many within Brussels are optimistic that Indonesia, which takes over the annually-rotating chair of the ASEAN bloc next year, will be a reliable partner. It will be the first democracy to lead the bloc for several years, and Indonesian President Joko Widodo has moved to improve his country's relations with the West since entering office in 2014.

"Indonesia's leadership of ASEAN will likely ensure continuity in the current positive trend of EU-ASEAN relations," said William Yuen Yee, a research assistant with the Columbia-Harvard China and the World Program.

The Indonesian foreign minister, Retno Marsudi, has vowed to make ASEAN more unified and involved as an international actor. And Jakarta's historic policy of non-alignment means that it views the EU as an essential partner, especially amid rising tensions between the US and China.

Although Singapore imposed its own sanctions on Moscow, communist Laos and Vietnam have consistently abstained from all UN General Assembly condemnations of Russia's actions, while several others have occasionally abstained.

The Ukraine War "is a stark reminder that today, in this world of interdependencies, there is no such thing as a European problem, or an Asian problem either," Ursula von der Leyen, the European Commission president, said in a statement at the closing of the recent EU-ASEAN Summit in Brussels.

"All the challenges we face today are of global nature and therefore affect all of us. You, ASEAN, know what is at stake," she added.

Yet it's unlikely that Southeast Asian governments will alter their position on the Ukraine War in 2023. The same goes for the ongoing Myanmar crisis.

As ASEAN chair next year, Indonesia has vowed to take a harsher stance against the military junta that took control of Myanmar in early 2021 and precipitated a national crisis. But, like its predecessors in the role, Jakarta may struggle to find accord among all other ASEAN members, and it's unclear what else the bloc can do to pressure the junta towards peace and normalcy.

Tricky ties with Myanmar, Thailand and Cambodia
The EU is also running out of options over Myanmar. In November, it imposed its fifth round of sanctions against junta officials and aligned businesses, but analysts reckon there aren't many more people or companies left to sanction.

Suspending Myanmar's trade privileges is an alternative, but Brussels thinks that would disproportionately impact poor people in the country, while there remains no great enthusiasm to formally recognize the National Unity Government (NUG), Myanmar's anti-junta shadow government.

"Brussels has learned from experience not to allow the deteriorating human rights situation in Myanmar to impact on its plans for upgrading overall EU-ASEAN ties," said Islam.

Next year could also be a tricky one for EU diplomacy as Cambodia and Thailand are due to hold general elections that many believe won't be conducted freely or fairly.

In 2020, the EU suspended a fifth of Cambodia's trade privileges over democratic deterioration in the country. It only normalized diplomacy with Thailand after a semi-fair election in 2018. However, cooperation with both countries would suffer if Brussels feels the need to criticize the conduct of the ballots.

"The EU emphasizes in its Indo-Pacific strategy the promotion of human rights and democracy," said Alfred Gerstl, head of the EU-funded research project "The EU in the volatile Indo-Pacific region" at Palacky University Olomouc.

"It is therefore hard to imagine that the EU can accept the results of elections which are unlikely to be free and fair," Gerstl added.

"ASEAN, on the other hand, will highlight the ASEAN key principle of non-interference in internal affairs. These different positions are extremely difficult to reconcile."

That cuts into the economic realm, too. Speaking at the recent summit in Brussels, Indonesian President Widodo stated that "if we want to build a good partnership … there should no longer be anyone dictating and assuming that their standard is better than others."

Islam, the analyst, said that the "overall political bonhomie" between the two blocs could be marred next year over disputes around protectionism.

Indonesia and Malaysia have taken the EU to the WTO over its plans to phase out the import of palm oil, which Brussels says is for environmental reasons but which the two Southeast Asian countries, the world's largest producers of palm oil, contend is a protectionist measure to help European oil manufacturers.

The WTO is expected to announce its decision in early 2023. In December, the WTO ruled against Indonesia in a case brought by the EU over Jakarta's ban on nickel ore exports. Such disputes could impair bloc-to-bloc relations, especially with Indonesia as ASEAN chair.

"Indonesia and Malaysia are unlikely to drop their concerns over EU palm oil restrictions and will probably appeal against any WTO ruling which is not in their favor," said Islam.

Speaking after the recent summit in Brussels, European Commission President von der Leyen also noted that "the European Union wants to conclude more such agreements with ASEAN countries. And our ultimate goal would be to negotiate a region-to-region free trade agreement."

But experts say a EU-ASEAN trade deal anytime soon is unlikely. Brussels has so far ratified deals with Singapore and Vietnam. Negotiations over free-trade agreements with Indonesia and Malaysia are unfrozen, although the outcome of the WTO panel on palm oil could impact them. The EU is also more likely to make progress on free-trade talks with the Philippines and Thailand in 2023. 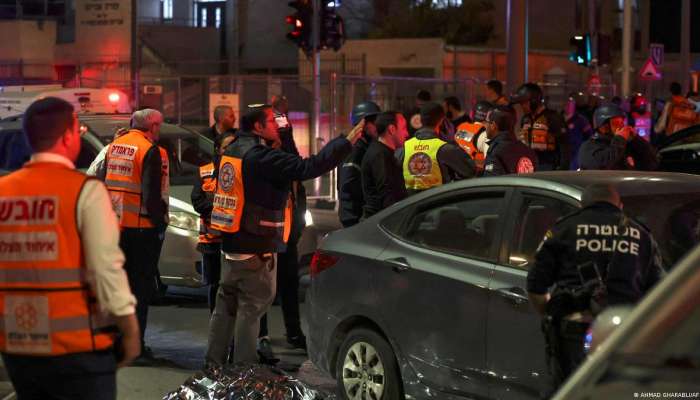 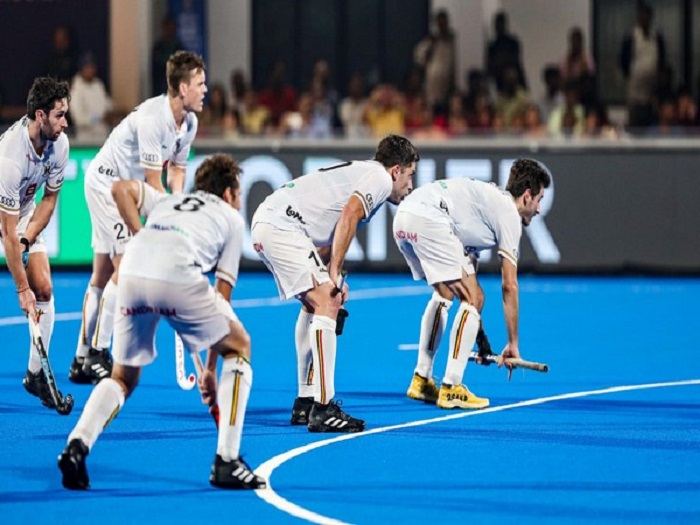 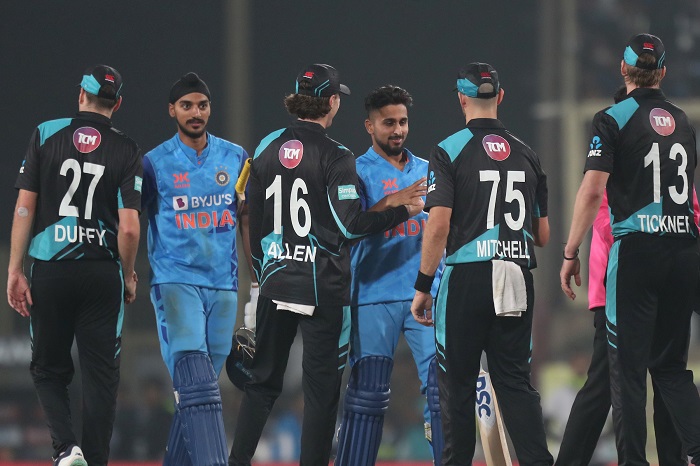 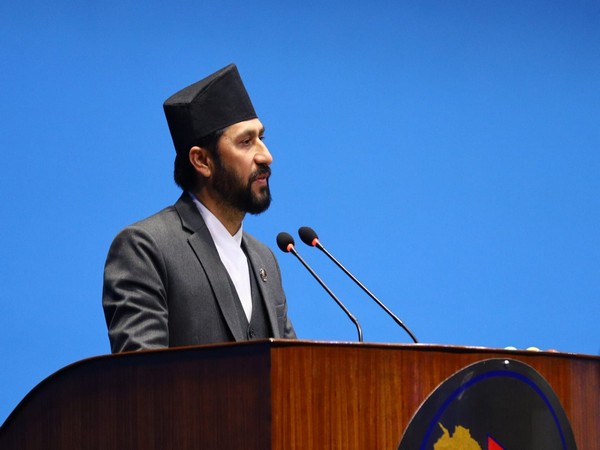