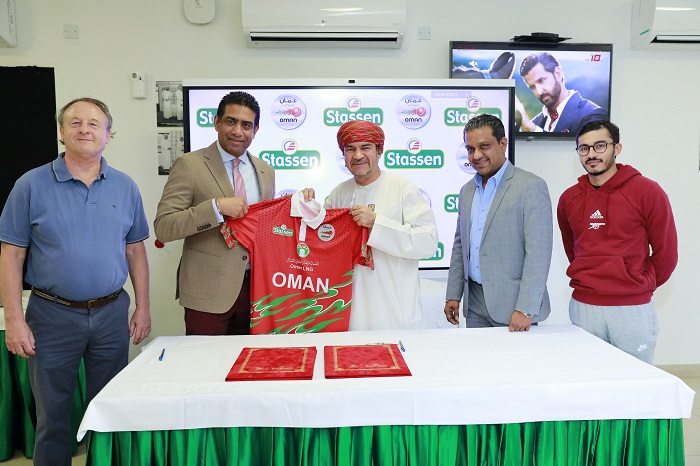 Muscat: Oman Cricket’s endeavour to rope in private companies to support the game of cricket in the Sultanate of Oman took another step forward when the game’s governing body in Oman signed a partnership agreement with Stassen Tea, one of the best-known tea companies from Sri Lanka.

Stassen was named the Associate sponsor of the national team, which is expected to have a hectic schedule in the coming months.

OC chairman Pankaj Khimji signed the deal along with Srinith De Silva, CEO of Aitkin Spence Hotels – Oman, which represent Stassen Group in the Sultanate of Oman, at a ceremony held at the OC headquarters recently.

Speaking after signing the agreement, De Silva said: “Stassen is delighted to be associated with Oman Cricket as an Associate Sponsor of the national team. This partnership will go a long way in establishing the relationship that has been ongoing for a long period. We wish the Oman national team all the very best and Stassen Tea will continue its journey in the Sultanate of Oman by serving the best Ceylon team.”

Khimji said, “The involvement of corporate and private players to support the game is a very encouraging development. Oman Cricket prides itself as one of the sports organisations that has forged strong relationships between the government and private sectors.”

He added, “Oman Cricket is on the forward mode and our national team has been doing well at all levels. This partnership with Stassen will give more strength to our team’s preparations for the forthcoming tournaments and we hope to brew a strong relationship with them to achieve laurels for the Sultanate of Oman.”

Later Khimji presented a national team jersey to De Silva to mark the agreement. Oman national team is due to play a three-match 50-over series against Canada at the Oman Cricket Academy ground, starting on Wednesday night. The next two games will be held on November 25-26.