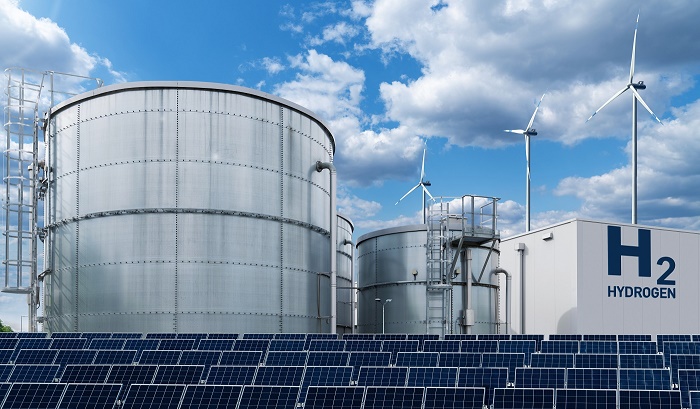 ‘We wish to build on the traditional ‘energy bridge’ between South Korea and Oman and turn it into a ‘green hydrogen bridge,’ says Kim Kiejoo, the Ambassador of the Republic of Korea to the Sultanate of Oman.

The bilateral relations have been based on a dependable “energy bridge” following a long-term contract for supplying Omani LNG to South Korea. South Korea is the largest off-taker of Omani LNG with 44 percent of its LNG, equivalent to 4 million tonnes annually, exported to South Korea.

Oman is the fourth-largest supplier of LNG to South Korea with a substantial share of 9.6 percent of the demand in the Korean market.

During a recent interactive session with Oman-based journalists, Kiejoo said: “We wish to build on the traditional ‘energy bridge’ between South Korea and Oman and turn into a ‘green hydrogen bridge’. Oman’s strong push to usher in green hydrogen industry, its rich natural conditions, geostrategic location, and well-developed infrastructure network would be enabling factors for the development of green hydrogen economy in Oman.

“South Korea also attaches great importance to developing green hydrogen economy. It legislated the Hydrogen Industry Promotion and Safety Management Act of 2020, which is the first of its kind in the world. Developing hydrogen economy including green hydrogen capacities is also one of priorities of Korea. A good number of renowned Korean firms are developing technology and seek to leverage their expertise in cooperation with Omani partners.”

As a step towards establishing the ‘green hydrogen bridge’, the Embassy of South Korea in Oman and the H2KOREA (Hydrogen Convergence Alliance of Korea) will co-host a Korea-Oman Green Hydrogen Strategic Forum on the sidelines of the Oman Green Hydrogen Summit and Exhibition on December 5. The Forum is aimed at leveraging strategies, perspectives and best practices of South Korea and Oman in green hydrogen industry with the participation of key public and private stakeholders.

Kiejoo said the Republic of Korea and the Sultanate of Oman have shared commitment to peace and the prosperity of the two countries has guided the relationship to their mutual benefit.

He said: “This year marks the 48th anniversary of the diplomatic relations. We will continue to promote the already-strong bond of partnership in the years to come. The high-level visits between the two countries this year have further reinforced cooperation in the relevant fields. These included visits of H E Salim bin Nasser Al Aufi, Minister of Energy and Minerals in September, H E Ahmed Mohammed Al Humaidi, Chairman of Muscat Municipality last month and H E Khalifa Al Harthy, Undersecretary for Diplomatic Affairs of the Foreign Ministry, also in October.”

The South Korean envoy said: “South Korea and Oman have developed mutually beneficial economic and trade relations. The two-way trade volume has recorded US$ 4.47 billion as of September this year, which represents 87.8 percent of year-on-year increase and is expected to grow even further by the end of this year. We are the third-largest trade partner of Oman, and the bilateral trade balance is strongly in favour of Oman. Investment exchanges have been substantial with accumulated two-way investment standing at US$ 1.4 billion as of June this year. South Korean investment to Oman is US$1.3 billion while Omani investment to South Korea recorded US$ 100 million.”

He added: “His Majesty’s Sultan Haitham bin Tarik’s Oman Vision 2040 works as a guidance for redefining the collaboration between South Korean and Omani partners. The South Korean government and private sector stakeholders are more than committed to contribute to diversification of the Omani industry in close alignment with the Oman Vision 2040.”

South Korea and Oman have spared no efforts in contributing to regional and international peace and stability. “Our government has deployed the Cheonghae Unit, a naval contingent to safeguard maritime security and navigation off the Somalia and adjacent waters since 2009,” he said.