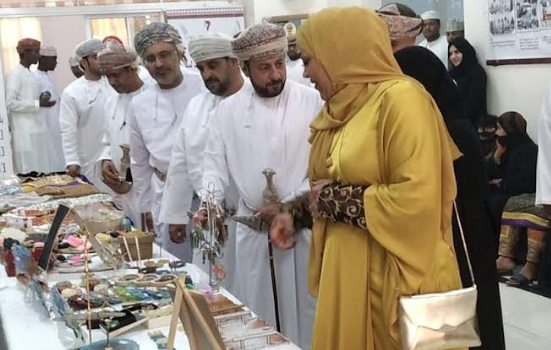 The Ministry of Social Development, represented by the Omani Women's Association, in the wilayat of Bidiyah in the North Al Sharqiyah Governorate, launched sustainable training programmes that support women's domestic work.

The launch of these programmes comes as part of the Ooredoo initiative to support and finance sustainable empowerment projects in the association. The programmes aim to empower women and work on targeted programmes to benefit from them in finding a source of income for the family and developing creative skills, in addition to developing traditional and new crafts to keep pace with market requirements.

The inauguration, which was sponsored by His Excellency Sheikh Mahmoud bin Abdullah Al-Saeedi, Wali of Bidiyah, included honoring the participants in sustainable training programmes.


The Ministry of Labour conducted recruitment tests for a number of jobs in Al Wusta Governorate, in the hall of the Oman Chamber of Commerce and Industry branch in the Wilayat of Haima.

The number of job applicants reached 362 males and females. Electronic tests were conducted for them, and those who obtained jobs were announced directly.