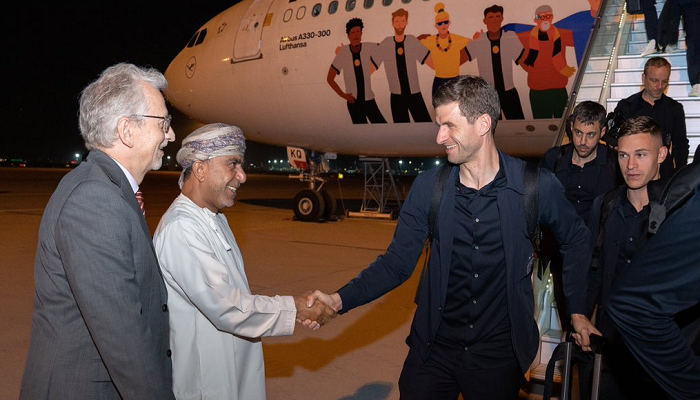 The Ministry of Foreign said in a statement: "His Excellency Sayyid Badr bin Hamad bin Hamoud Al Busaidi, Minister of Foreign, received His Excellency Dr Tobias Lindner, Minister of State at the Federal Republic of Germany's Foreign Ministry. During the meeting, bilateral relations between the two countries and cooperation in the economic, renewable energy, health and technical education fields were discussed. innovation and technology. The two sides also exchanged views on a number of regional and international issues of common concern."

This coincides with the resident of a training camp for the German national football team in Muscat to prepare for the Qatar 2022 World Cup, and the German team's delegation arrived yesterday evening at Muscat International Airport and was received by the President of the OFA.