Words matter in messages about food safety and freshness 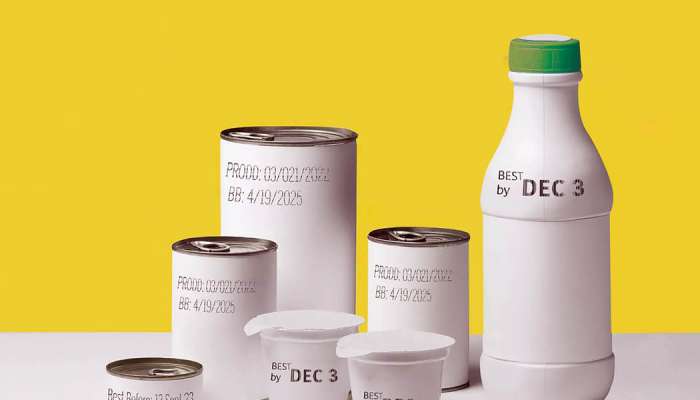 In contrast to "best if used by," some language, such as "best by," has the potential to reduce food waste, according to a consumer survey, however, the results differed depending on the item type. Naturally, the likelihood of rejecting food increases with perishability. This research has implications for both the market effects of reducing food waste and governmental ideas about date labels.

"Some consumers might do a sniff test to see if food is still good, while others might just look at the date label and throw it away," said Brad Rickard, professor in the Charles H. Dyson School of Applied Economics and Management, and senior author of "Date Labels, Food Waste and Supply Chain Implications," which published in the European Review of Agricultural Economics.

"And the truth is, with very few exceptions, these date labels that are used in the United States are not regulated," Rickard said. "And they're not food safety dates; they're just food quality dates."

Co-authors included Abigail Okrent from the U.S. Department of Agriculture's Economic Research Service, Shuay-Tsyr Ho, an assistant professor of agricultural economics at National Taiwan University, Florine Livat, an associate professor of economics at the Kedge Business School in Talence, France, and a former visiting scholar at Dyson, and Shuay-Tsyr Ho.

The words "use" or "use by" seemed to speak more directly to the perceived food safety consequences of consuming food after the date indicated on the box, which could consequently increase food waste, according to research by Rickard and his colleagues. The phrase "best by" appeared to only apply to food quality after a specific date and reduced waste.

The motivation for this work, Rickard said, stems from the "wild west" landscape of food date labels which is expected to be driven, in part, by manufacturers' desire to sell more products. Nearly a year ago, the Food Date Labeling Act was introduced in both the U.S. House of Representatives and the Senate in an effort to reduce the discarding of safe food.

15 different food and beverage items that were one day past the specified date code were included in the survey, and participants were asked to rate their likelihood of throwing them away on a scale of 1 to 5, with 5 being extremely likely. The survey's first component's question just asked for the expiration date code (i.e., date/month/year); the second section did the same thing but included a date label with one of ten distinct wording options.

Four of the date label modifications used the phrases "Best if used by," "Best by," "Use by," and "Sell by," which are frequently used in the United States. The other six included a biosensor, a visual indicator of food quality, and a date label. In order to conduct the poll, the researchers picked biosensors with the hues green (fresh), blue (less fresh), and purple. Biosensors are devices that detect the growth of microbes and change color appropriately (past fresh).

"Best if used by," "Best by," "Use by," and "Sell by" were the four date label variations that were modeled after those that have been extensively used in the United States. The remaining six had a biosensor, which provided a visual indicator of food quality, and a date label. In order to conduct the poll, the researchers picked biosensors with the colors green (fresh), blue (less fresh), and purple. Biosensors, which detect microbe growth and change colors appropriately, are ubiquitous in various European markets but are less common in the U.S. (past fresh).

One of the unintended consequences of a more uniform approach to date labels, the researchers note, is a potential increase in food waste depending on the wording of the label, as well as an increase in the re-purchasing of perishable items high in protein, fat, and cholesterol.

"If you tell all food manufacturers that all their 'best by dates are now going to 'best if used by dates, that might actually increase food waste," Rickard said. (ANI)