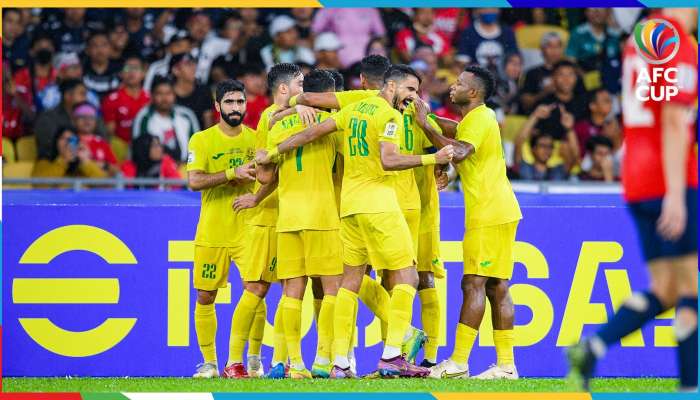 The date, time and venue will remain etched forever in the hearts and minds of all Oman football fans as Seeb Club were crowned Kings of Asia.

In one of the biggest moments in the Sultanate of Oman’s sports history, Seeb outclassed Kuala Lumpur City 3-0 in the final of 2022 AFC Cup.

Seeb’s glory is the pinnacle of success for any football club in the Sultanate of Oman. This is the first time that an Omani club has won a continental competition.

And what a way to script the most glorious chapter in Oman’s football history.

Seeb, the reigning domestic league and His Majesty’s Cup winners, completed a quadruple on Saturday as the Muscat-based club had also won the traditional curtain raiser of the 2022-23 domestic season, Super Cup.

Ali al Busaidi opened the account in the 22nd minute of the match off a flag kick and striker Abdulaziz al Muqbali made it 2-0 in the 37th minute as Seeb led 2-0 at the interval.

Muhsen al Ghassani rounded off the score as he slammed in the third in the 69th minute for a well-deserved win for Rasheed Jaber-coached side.

No Omani club had reached the final of the continental competition till date and Seeb’s win in the final was the icing on the cake as they completed the title triumph in style, pumping in three goals against the local rivals.

The triumph on Saturday evoked memories of Oman’s football other great achievements: The national U17 team’s fourth-place finish at the FIFA U-17 World Championship in Ecuador in 1995, Fanja Club’s triumph in the GCC Clubs Champions Cup [later known as GCC Champions League] in 1989 and national team’s Gulf Cup titles in 2009 and 2018.

However, Seeb’s feat surpasses all of those as it became the first club from Oman to claim a continental title – AFC Cup.

The title in the 18th edition of the AFC Cup also guaranteed Seeb a place in the preliminary round of Asian Champions League 2023-24.

Seeb’s maiden title was the first time that a debutant finalist had won since Iraq’s Air Force Club in 2016.

Seeb’s entry into the final bettered the performance of other Omani club, Al Nahda, who reached the semi-finals of the continental competition in 2008.

Prior to the current campaign, the last time a team from Oman reached the AFC Cup knockout rounds was in 2013 when Fanja were knocked out in the last 16

The victorious coach Jaber, a former Oman national team coach, is the third different manager to lead the club during their continental debut.

Serbian head coach Boris Bunjak left for UAE after guiding the club to top of Group A, and his successor, Ilie Stan, was dismissed despite helping the club navigate Al Arabi in the West Zone Semi-final.