US: Three people shot outside football game in Ohio 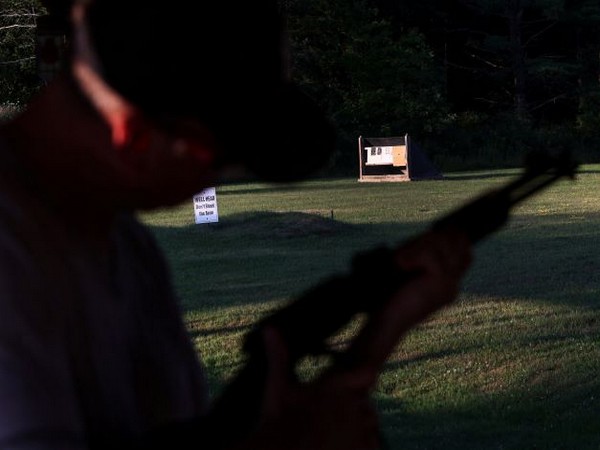 Toledo: A shooting occurred at Whitmer High School in the US state of Ohio, during their game against Central Catholic High School, which resulted in three people receiving non-fatal gunshot wounds, including two adults and one juvenile, police officials said.

"At approximately 9:32 PM, a Toledo Police officer, who was working off-duty at the game, informed Lucas County Dispatch that shots were being fired at Whitmer Memorial Stadium," the Toledo Police department said in a statement on October 8.

After the shots were fired, the officer who was also working the game, began evacuating attendees and searching for victims. Officers and deputies eventually discovered the three victims near the football field house.

As additional police crews arrived on scene, Toledo Fire and Rescue arrived, began treating the victims, and transported them to area hospitals. Once the scene was secured and it was determined that there was no longer an active threat, the school's lockdown was lifted and the attendees were allowed to leave, the police said.

"There are no suspects in custody at this time. Anyone with information related to this incident is asked to call or text Crime Stoppers at 419-255-1111. You may be eligible for a cash reward up to USD 5,000," the police said in a statement.

"Last night was a terrible and traumatic event. Thankfully what can be said about what happened at the Whitmer / Central Catholic football game is this: all 3 victims sustained only minor injuries, and they will all be OK," Chief George Kral, Mayor Wade Kapszukiewicz, and Washington Local School Superintendent Dr Kadee Anstadt said in a joint statement.

"The City of Toledo and the Washington Local School system are working together to determine what transpired during the 4th quarter of the game. Surveillance video has already been helpful in identifying the potential target, and while no one is in custody at this time, TPD will continue its investigation until all facts are gathered and justice is served," they added.