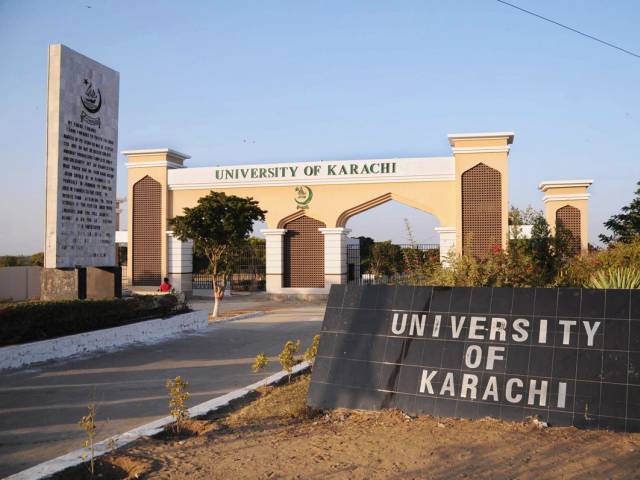 One of the most unmistakable and remarkable signs of Pakistan’s new realities in dealing with its security challenges is the changing landscape of higher education institutions.
Where we once had expansive landscapes and open gates, we now have high walls that block the view from all sides. Only sunlight, and important personalities, who are farther from the ground than the sun, are allowed to come unchecked. The barbed wires, armed security guards and zig-zagging roadblocks have changed the look and feel of our campuses permanently.
It remains unclear whether the institutions founded on the principle of free exchange of ideas, thoughts and scholarship will be able to function in a vibrant manner. Perhaps, time will tell. While our security challenges are real, and the response of universities is somewhat understandable, it is not just external threats from psychopaths and intolerant and hateful ideologues that universities need to worry about. There are practices within universities that undermine safety and wellbeing of their students, faculty and staff.
There are at least two major areas of concern that universities need to address immediately to create a culture of safety. The first is safety from harassment. Lately, there have been increasing reports from institutions around the country of physical harassment against female students, staff and faculty is very much an issue and a cause for deep concern. The same institutions that are quick to build sky-kissing walls are either complacent or complicit in addressing this fundamental issue of dignity and safety on campus.
There is resistance to pursue the perpetrators from upper administration and there is often denial of the existence of the issue. Just as a section of society likes to deny that there are honour killings in the country, believing that this will make the problem will go away, there is a section within the university fraternity that refuses to accept harassment as a real issue.
The legal framework and the moral authority to address the issue are also lacking. The policies to tackle physical, verbal or emotional harassment, and lukewarm action, which is unacceptable, undermines the very tenet of a university, that aims to create a culture of safety, dignity and mutual respect.
The second dimension of a non-serious attitude towards safety is seen in lab research. Most institutions, including the affluent ones, do not emphasise safe laboratory practices. Lab safety is not a mundane issue, it is the very foundation of good research. Most institutions do not have lab safety officers on staff, they never require their researchers to get adequately trained and lack basic safety equipment.
The list of unacceptable practices ranges from exposure to toxic chemicals, working in malfunctioning fume hoods, conducting research in labs that are dangerous, dealing with equipment without proper training and lacking even the most basic first aid box in the lab. Sometimes asking for even a bandage is asking for too much! The real reason we do not focus on safety is not lack of funds, it’s the lack of will.
While organisations such as the Pakistan National Academy of Young Scientists are trying to create awareness around a culture of safety, and should be lauded for their efforts, there is a long way to go and without strong commitment from the universities, we will continue to risk the safety and wellbeing of our researchers.
The matter of lab safety is basic, fundamental and absolutely critical. The Higher Education Commission, government agencies and other funding groups should make it absolutely clear that unless adequate safety practices are implemented, the institutions will not be allowed to receive any funds or conduct any research.
High walls may change the landscape and create a feeling of safety, but the real change, individually and collectively, has to come from within. Universities have to protect themselves from outside elements that attack its values, but they must also constantly analyse their own practices to protect the safety and wellbeing of the people who make up the university. - Express Tribune