Private wealth in Oman is expected to reach $0.4 trillion in 2020: BCG report 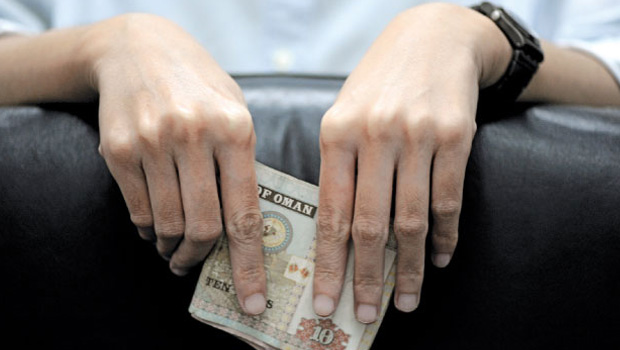 Muscat: By 2020, private wealth in Oman will rise from $0.3 trillion to $0.4 trillion, according to a new report by The Boston Consulting Group (BCG), Global Wealth 2016: Navigating the New Client Landscape, released on Tuesday.
In the next five years, the growth of private wealth in Oman will be driven primarily by equities (5.8 per cent), followed by cash and deposits (4.1 per cent) and bonds (2.2 per cent).
This sixteenth annual study by BCG outlines the evolution of private wealth from both a global and regional perspective, addresses key industry trends, and explores evolving client needs—particularly those of underserved, nontraditional segments such as female investors and millennials, whose investment goals are not necessarily well-addressed by the standard, net-worth-based service approach.
“Segmentation approaches based mainly on wealth level continue to be used by the majority of wealth managers, neglect what clients are truly willing to pay for,” said Markus Massi, Partner & Managing Director of BCG Middle East’s Financial Services practice. “Such approaches no longer allow wealth managers to capitalise on the full potential of the market.”
Massi also added: “Local asset managers still provide a standard product program with limited differentiation. International asset managers have embarked on a journey designed to tailor their offering around specific customer segments, leveraging increasingly digital opportunities. They use technology to offer additional communication channels and services to their customers and tap into big data to generate customer insights—so they can further customize their offering and make it more personal. Local wealth managers in the GCC are only now starting to recognize this opportunity, which could become a source of true differentiation.”
Over the next five years, wealth in the Middle East and Africa region is set to reach $11.8 trillion—and Saudi Arabia, the UAE, and Kuwait’s contribution will account for 22.7 per cent of that sum.
Spotlight on Oman
In terms of wealth distribution, private wealth held by ultra-high-net-worth (UHNW) households (those with above $100 million) in Oman is expected to grow by 7.2 per cent in the next five years.
In addition, by 2020, private wealth held by the upper high-net-worth (HNW) segment (those with between $20 million and $100 million) is projected to increase at a rate of 8.8 per cent. Interestingly, over the next five years, this specific segment will be witnessing the highest growth.
In parallel, private wealth held by the lower HNW segment (those with between $1 million and $20 million) will go up by 8.6 per cent.
And lastly, looking ahead, the total number of millionaire households (those with more than $1 million in net investable assets) in Oman is set to grow by 2.1 per cent by 2020.
The findings of BCG’s report also revealed that, in 2015, for Middle East and Africa (MEA) wealth booked offshore, Switzerland (30 per cent) was the destination of choice, followed by the UK (23 per cent) and Dubai (18 per cent).