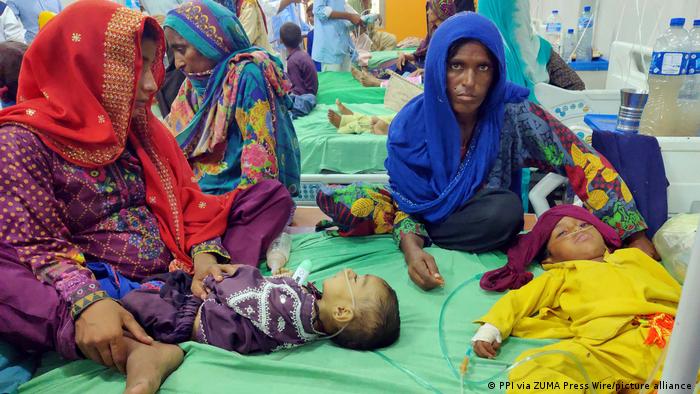 Waterborne diseases have broken out after record monsoon rains in Pakistan

Pakistan desperately needs help after more people died of water-borne diseases due to catastrophic floods that had submerged a third of the South Asian country.

"We need help. We need food for children and medicines," Pakistan's Prime Minister Shehbaz Sharif said on Wednesday on the sidelines of the UN General Assembly in New York.

Hundreds of thousands of people displaced by the floods are living in the open, and the stagnant floodwaters spread over hundreds of kilometers which may take two to six months to recede.

"We are deeply worried about the very real possibility of a wave of death and disease which is already stretching its tentacles. A second disaster is looming in sight," the United Nations children's agency UNICEF said.

The agency renewed its appeal for $39 million to help the most vulnerable flood victims.

Only a third of the sum in the funding appeal has been met so far, UNICEF said in a statement.

UNICEF said more than 3.4 million children had been uprooted from their homes, and the floodwaters have claimed the lives of more than 550 children across Pakistan.

"Without a significant surge in support, we fear many more children will lose their lives," UNICEF said.