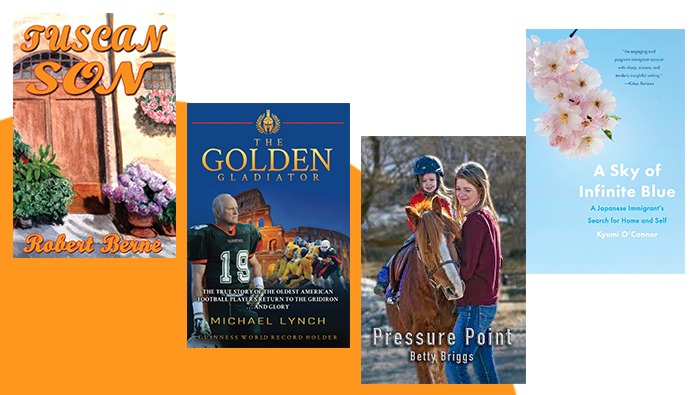 Called “a tour de force adventure within the modern university that is both a great read and eerily familiar,” a university vice president finds himself thrust into a hellish Panamanian prison, at the mercy of unknown forces.  When a university receives a request from a village in Tuscany to use as a study-abroad site, Bill, the vice president, has to negotiate terms with the donor’s angry son, who thinks the village belongs to him. Bill discovers something very wrong.  As he suspects organised crime is involved, he is lured to Panama, supposedly to sign the transfer papers. Instead, he is thrown into prison and denied contact with the outside world. He then realises his cellmate’s drug-dealing family is his only hope for freedom, but at what price?

A letter from Stephanie’s sworn enemy, Jessica, regarding the young child, Zoey, who is half-sibling to Stephanie’s son, Ryan, throws her world into tailspin. Engaged to the man of her dreams, Stephanie must set wedding plans and her job as an attorney aside, and travel to Mexico with fiancé, Colton, to try to find Zoey.

If that is not enough, Stephanie’s ward, Jill, is also in danger from her own mother and the madman she lives with, who want to reclaim the 16-year-old and drag her back into a life of abuse. Will Stephanie be able to safely bring her family together and have a happily-ever-after wedding to Colton on Christmas Day in Montana? And what about Stephanie’s horse, Kingston, and the special pony, who helped Stephanie cope?

A Sky of Infinite Blue
by Kyomi O’Connor

From an early age in Japan, Kyomi’s life is filled with emotional difficulties. To escape the darkness, Kyomi moves to the U.S. to start a new life. Soon, she falls in love with her husband-to-be, Patrick, whose love and support help her begin to heal. Eventually, they dedicate themselves to a Buddhism practice that changes both their lives -- aiding them in their spiritual growth and in realizing their desire to help others.

Then Patrick is diagnosed with cancer and loses the battle. Devastated, Kyomi spends a year lost in grief. But then she begins to write, uncovering truths about herself, her life history  and her relationship with Patrick. After years of struggle, Kyomi finds the light that had existed within her all along.

The Golden Gladiator
by Michael Lynch

This is the true story of the oldest American football player’s return to the gridiron and glory between the ages of 64 to 68. Michael was a football hero in high school, college and the semi-pro leagues on Long Island in the 1960s and 1970s. After seeing his nephew play in an All-Star game in 2012, he decides to turn back the clock and play football again in one of the toughest semi pro leagues in America, with and against players 30 to 40 years younger.
“The Golden Gladiator” is a story of courage, redemption, tragedy and love as Lynch plays for four years in more than 50 games. He is in the Guinness Book of World Records as the oldest American football player. The book has received two Five-Star reviews by Literary Titan and The Book Connection.